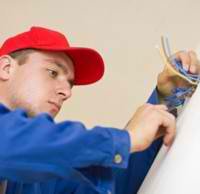 The death of an electrician from mesothelioma is making headlines in Great Britain.  An inquest has concluded that a British electrician who helped build a Nuclear Power Station in Gloucestershire died as a direct result of asbestos exposure.  UK newspaper The Gazette reports that Gerald Brown, who died in November of mesothelioma, was an apprentice with NG Bailey of Yorkshire when the power station was built.

According to the results of the inquest, Brown died as a direct result of the large amount of asbestos used at the plant.  Although he did not work directly with asbestos, Brown claims to have seen clouds of the mineral dust throughout the plant while he worked there and even remembered going home from work covered in the substance.  Brown developed the tell-tale symptoms of mesothelioma – cough, shortness of breath, and chest pain – more than 30 years after his work exposure.

Brown’s is not an isolated case.  Because electricians are often involved in the upgrading and renovation of older buildings, they are among the most likely workers to face asbestos exposure.  Asbestos, the mineral fiber linked to a myriad of health risks including the cancer, mesothelioma, was used as an insulating material around wires and in many other building materials until the 1970’s due to its fire- and heat-resistant properties.

Asbestos is often found not only in electrical insulation products, but in the walls, floors ceilings and roofs of buildings being repaired or renovated, putting electricians at special risk.  The process of wiring or rewiring buildings often requires these workers to crawl through, reach into, or otherwise disturb areas where asbestos is present.  Before the dangers of asbestos were realized, hundreds of thousands of electricians, such as Brown, regularly worked around the substance without adequate protection causing them to be at risk for mesothelioma.

Asbestos-containing items with which electricians may come in contact include:

New products used by electricians no longer contain asbestos and those involved in renovation now know the importance of wearing protective gear.

“Electrician who helped build Berkeley Power Station died as a result of asbestos”, February 25, 1010. The Gazette.

The MESOMICS project is the most comprehensive dataset of mesothelioma genomics to date. The data in this resource can help researchers to design precision treatments for mesothelioma patients This project was created by an international collaboration between scientists from France, Chile, and the United States. Understanding Diagnosis Malignant pleural mesothelioma is a rare cancer caused by asbestos exposure. There are approximately 2,000 cases of mesothelioma diagnosed in the United States alone every year. Because it is so rare, the treatment options are very limited compared to other types of cancer. The limited treatment options combined with the cancer’s ability to spread without being noticed makes mesothelioma a deadly disease. Median overall survival for mesothelioma patients is a little over a … END_OF_DOCUMENT_TOKEN_TO_BE_REPLACED