Cancer is known to everyone as a deadly disease that researchers are still trying to obtain a cure for. If I was diagnosed with a deadly cancer like Mr. Rhio O’Connor and given a limit of how long I had to live; I would be devastated at first. However, then I would do extensive research and find out how to extend my lifespan. First I would talk to my doctors as well as other doctors and see the opinions provided for me to take in order to slow the cancer growth. I would go the library and online and review old medical cases with people who had cancer and the treatment that they went through. By reviewing these cases I might find some different treatments that had worked in the past for a particular person. I would not only view the medical records in the United States, I would also view medical cases in other countries because people all over the world are dying everyday from cancer.

I know this because my grandmother who lived in Croatia was diagnosed with cancer. She was told that she had two years to live. She had developed a tumor in her intestinal tract and went through survey. Unfortunately the surgery was unsuccessfully because the tumor had spread. After the surgery the only other option that she had was to take medication to slow the tumor growth. She could not go through chemotherapy or radiation because she was too weak to go through the process. The thing was that Croatia is not a large country and their resources are limited and unfortunately she died within a year of her diagnoses. Her determination to live would inspire me to go through chemotherapy or radiation therapy. Even though they have little effect they still can slow the growth of cancer cells and extend my lifespan.

There are several treatments that a person can take once diagnosed with cancer. These include radiation therapy, chemotherapy, and surgery. The one that I would choose would be surgery; I would want to see if the surgeons would be able to remove the cancer before the cancer spreading any further. If that is successful but the cancer is still there then I would proceed with chemotherapy, radiation, or mediation that would slow or stop the growth of remaining cancer cells. I would see which of those three would have a greater effect on my diagnoses. I would make my decision on whether or not to go with medication, radiation therapy, or chemotherapy based on past successful cases with the treatments and my own medical status. Also the main key in trying to fight the cancer would be the love and support of my family and friends who would want to see me with them for a long time. 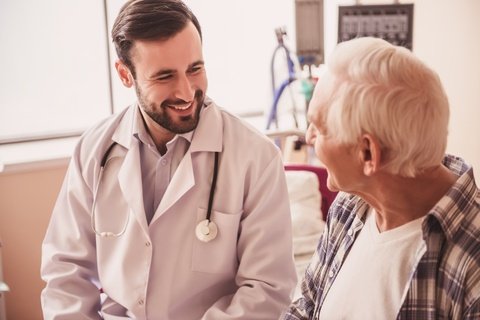 A new study shows that surgery for malignant pleural mesothelioma can spare the diaphragm without reducing overall survival. This study was conducted by medical researchers from St. Bartholomew’s Hospital in the United Kingdom. Surgery for Malignant Pleural Mesothlioma Mesothelioma is a type of cancer caused by exposure to asbestos. It can take decades after asbestos exposure for the cancer to develop. It is an aggressive cancer and can be hard to treat. When the cancer grows in your lungs, it is called malignant pleural mesothelioma (MPM). Conventional treatment for MPM may include surgery, radiation therapy, and chemotherapy. Surgery is the most invasive treatment option and not every patient is eligible for surgery. If the patient is too ill or if … END_OF_DOCUMENT_TOKEN_TO_BE_REPLACED