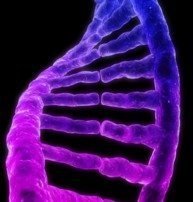 An experimental treatment that uses a common virus to deliver a cancer-combating gene into the body successfully triggers an immune response against mesothelioma, but gene therapy still has delivery issues to overcome before it can offer any real hope for patients with the disease, according to a study published in the January 12 issue of Molecular Therapy.

Because mesothelioma is often diagnosed when the cancer has already spread, patients are given an average survival time of just one year. Even the best treatment available – a combination of surgery, chemotherapy, and radiation – does little to prolong patients’ survival. Researchers are continually searching for new and better therapies that can relieve symptoms and improve the outlook for mesothelioma patients.

One of the treatment avenues being studied is gene therapy, in which doctors use a vector (typically a virus) to carry a specific gene into the body. In the current study, the vector used was the adenovirus—one of the viruses responsible for the common cold—delivering a gene that carries a message for cells to produce the immune-stimulating protein, interferon. “We’ve shown through a series of animal experiments that when you put the interferon gene, either interferon beta or alpha, into the mesothelioma cell in mice, that you can eradicate the tumor with a single dose in a large number of mice, which is fantastic,” says lead study author Daniel H. Sterman, MD, Associate Professor of Medicine at the University of Pennsylvania Medical Center.

“It works in a variety of ways, some of which we have fully to elucidate,” Dr. Sterman adds. When the interferon gene is put into the tumor cell, the cell produces interferon into the surrounding area. “What we think happens is it attracts cells into the cancer, where they can recognize the cancer and develop a specific immune response against the cancer,” he says. Eventually the immune system is able to mount an attack against the mesothelioma throughout the patient’s body.

Dr. Sterman and his colleagues previously conducted a study in which they injected a single dose of the adenovirus vector carrying interferon-beta into patients with mesothelioma and malignant pleural effusions (a complication of mesothelioma in which fluid collects in the space between the lung and chest wall). Two patients in the study had dramatic responses to the treatment, and in four others the disease stabilized. These promising results encouraged Dr. Sterman to investigate whether repeat doses of this treatment might further increase the response.

In the current study, 17 patients (10 of whom had mesothelioma) received two injected doses of the therapy, given either one or two weeks apart. Most of the patients tolerated the treatment well. Only one patient had a serious side effect.

The gene transfers were successful, and most of the patients in the study demonstrated an immune response following the treatment. Using computed tomography (CT) scans and PET imaging, the researchers found that one patient had a partial response, the disease stabilized in four patients, and two patients had no measurable disease after treatment. Seven of the 17 mesothelioma patients in the study survived for more than 18 months.

However, the researchers found that delivering two doses of the gene therapy did not provoke any more of an immune response than one dose. The authors believe this lack of additional response is due to the body’s natural reaction to the viral vector. “We can only administer doses in a very small time window because the body produces antibodies to the virus and it hampers delivery,” says Dr. Sterman. He is currently conducting another study in which the second dose is administered three days after the first dose, before the body’s production of antibodies peaks. So far, this approach seems to be improving the success of the gene transfer.