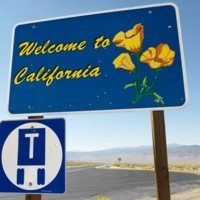 The executives ran a now-closed non-profit agency in Merced called Firm Build.  According to the Merced County District Attorney’s Office, between 2005 and 2006, a group of teens being trained in construction by Firm Build were sent to remove asbestos from old buildings without adequate protection.  The Silicon Valley Mercury News reports that the teens had to remove the asbestos-containing products using only paper face masks and hard hats.

The mineral asbestos, still prevalent as an insulator and building product in thousands of older structures, is known to cause mesothelioma, as well as asbestosis, lung cancer and other serious pulmonary problems.  The Consumer Product Safety Commission has established strict guidelines for the type of protection required for asbestos removal, which may include protective gear and respirators.  The Firm Build executives have been charged with child endangerment.

Because of the long latency of the disease, the California teens who were exposed to asbestos may have to wait 50 years before they will know whether that exposure will lead to mesothelioma.  But every year, many other Californians receive that grim diagnosis.  Although the rate of mesothelioma deaths in the state is on par with the national average – about 1.1 in 100,000 – the Environmental Working Group reports that California has the largest number of asbestos-related deaths of any state.  This is due not only to its size, but also to the many state industries in which asbestos has been utilized.

Shipyards, oil refineries and power plants, all of which are prevalent in California, are some of the biggest industries for asbestos use.  Early in the 20th century, asbestos was found to be a superior insulator and highly resistant to flame and heat.  Tens of thousands of Californians, including many Navy veterans, who helped build, repair or worked on ships have been exposed to asbestos and many have been diagnosed with mesothelioma over the years.  The same is true for thousands of others who worked in and around the heat-generating areas of oil refineries and power plants.

ATSR to Hold Meetings in El Dorado Hills to Discuss Report of Naturally Occurring Asbestos, May 4, 2010.

A Canadian study found that tracking trends in mesothelioma at the local level can help officials predict future mesothelioma cases. Most mesothelioma tracking efforts focus on the national scale and monitor cases across a country or region. This study, published in Cancer Causes and Control, looked at mesothelioma cases based on industrial sources of asbestos in Ontario and British Columbia. Growing Number of Cases Asbestos is a toxic material that is used in many commercial and industrial products. It’s durability and heat resistance made it very popular in products like construction materials, textiles, and vehicles. Mesothelioma is a deadly cancer caused by exposure to asbestos. It was first identified as a cancer-causing material in 1977 by the International Agency for … END_OF_DOCUMENT_TOKEN_TO_BE_REPLACED