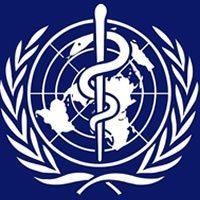 A new report from the International Agency for Research on Cancer (IARC), a part of the World Health Organization, states that lung cancer together with related thoracic cancers including malignant pleural mesothelioma are on the rise worldwide.

Industries in which asbestos use was once common, including the shipping industry and various construction trades, account for the majority of cases of mesothelioma, which can occur years after the person is exposed to asbestos.  Mesothelioma rates on the rise in many poorer nations where lax asbestos regulations and continued asbestos imports (most notably from Canada) continue to put workers at risk.

Mesothelioma is not the only type of cancer that has been linked to asbestos exposure.  Inhalation of asbestos has also been implicated in both small cell and non-small cell lung cancers.   In 2009, another IARC study published in the British Medical Journal, The Lancet Oncology, linked asbestos to some throat and ovarian cancers.  According to the National Cancer Institute, asbestos can also increase the risk for kidney, esophageal and gallbladder cancers.

The IARC study estimates that 13.2 million people worldwide will die of cancer annually by the year 2030.  Because asbestos-linked cancers can take 20 to 50 years to develop, mesothelioma and other asbestos related cancers are expected to comprise an increasingly larger percentage of cancer deaths for the next 25 years.