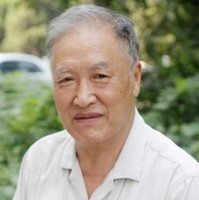 A mesothelioma patient takes a medicinal mushroom, Agaricus blazei Murill, and has a clinical tumor disappearance during a 29-month follow-up period.

In 2003, a 75-year old man with a history of asbestos exposure was diagnosed with malignant pleural mesothelioma. Biopsy revealed that the mesothelioma was of the epithelioid type. The man was scheduled to undergo an EPP (extra-pleural pneumonectomy) on September 30, 2003. However, because of the aggressiveness of the tumor the EPP was not performed. Instead a cytoreduction pleurectomy was completed. Postoperative intrathoracic chemotherapy (carboplatin) was administered followed by systemic chemotherapy (gemcitabine). A CT scan in December 2003 demonstrated that the patient had stable disease.

After starting this alternative regimen, the mesothelioma patient had high fever for about two weeks. After the fever passed his general condition improved greatly. Four months after he started these therapies the mesothelioma tumor had significantly decreased. A subsequent CT demonstrated that the tumor had completely disappeared.

In August 2007, the mesothelioma started to regrow. The patient continued his alternative therapies and in November 2008 the tumor was growing slowly. The doctors concluded that “some immunological reactions” of the patient to the tumor are responsible for the successful clinical outcome in this case and they discussed the fact that the ABM may have possibly played a role although the tumor disappearance could not be “categorically explained.”

ABM is an edible mushroom that grows naturally in North America, Israel, Taiwan, and Brazil. It has been used in Brazilian folk medicine to treat a variety of diseases including cancer, diabetes, hepatitis, and arteriosclerosis. In the mid-1960’s ABM spores were taken to Japan for research and commercial cultivation. The research has revealed that ABM is an immunomodulating agent and it contains a number of biological response modulators such as proteoglucans and beta-glucans. These substances induce the secretion of nitric oxide and proinflammatory cytokines such as tumor necrosis factor-alpha and interleukin-8. Research has suggested that these substances may be of benefit to cancer patients. Studies in cell cultures and animals have revealed that ABM has anti-cancer effects in at least eight different cancers. In one very interesting study, mice fed ABM and marine phospholipids had their myeloma tumors vanish. (Marine phospholipids are compounds that contain omega-3 fatty acids and other essential nutrients.) And there are anecdotal reports of some patients with hematological cancer who have been cured when supplementing their prescribed hospital treatment with ABM. However, all of these results need to be validated in a controlled clinical setting.

Today, research into ABM and cancer continues in China, Brazil and some European countries.

The MESOMICS project is the most comprehensive dataset of mesothelioma genomics to date. The data in this resource can help researchers to design precision treatments for mesothelioma patients This project was created by an international collaboration between scientists from France, Chile, and the United States. Understanding Diagnosis Malignant pleural mesothelioma is a rare cancer caused by asbestos exposure. There are approximately 2,000 cases of mesothelioma diagnosed in the United States alone every year. Because it is so rare, the treatment options are very limited compared to other types of cancer. The limited treatment options combined with the cancer’s ability to spread without being noticed makes mesothelioma a deadly disease. Median overall survival for mesothelioma patients is a little over a … END_OF_DOCUMENT_TOKEN_TO_BE_REPLACED