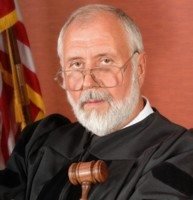 A Texas man who spent his career painting buildings was awarded $11 million after he claimed to have developed mesothelioma from asbestos-containing painting products.  Vernon Walker, 67, of Dallas spent years working daily with contaminated products such as texturing paints, block fillers and drywall compounds, some of which were banned by the Consumer Products Safety Commission in the 1970’s because of their asbestos.  Forty percent of the $11 settlement is to come from asbestos mining company Union Carbide and the rest from various paint product manufacturers.

Union Carbide took another recent hit in court from a former employee, who won his $3 million suit against the company and two others he blamed for his mesothelioma.  Oscar Torres’ suit alleged that workers at the plant were not properly protected against asbestos exposure and were not warned of its potentially lethal consequences.  Asbestos is the only known cause of mesothelioma.

A paper mill worker in South Carolina has won a $10.2 million lawsuit against Scapa Dryer Fabric, Inc. and AstenJohnson.  Henry Barabin claims the companies used high amounts of asbestos in their products, and used poorly designed equipment that put laborers like him at risk for inhaling the toxic dust when they handled or cleaned up around the dryer fabrics.  Barabin worked at the mill from 1968 to 1984.  He was diagnosed with mesothelioma  in 2006.

Meanwhile, a Houston couple is hoping to prove that 49 companies were negligent in protecting refinery worker Corbett Duhon against the dangers of asbestos.  The suit names such industrial giants as Viacom, Ford Motor Company and AMF Incorporated, and claims that Duhon was exposed to a wide range of asbestos products while working in various shipyards, mills and refineries for more than 20 years.  Duhon developed mesothelioma in December of 2009.

The Virginia Senate has defeated a proposal that would have protected a company there against mesothelioma and asbestos lawsuits.  According to the Washington Post, Crown Cork & Seal has been named in more than 300,000 asbestos claims and has paid out more than $600 million.   The company employs more than 300 people in Virginia and has said that it will have to close its door if the bill didn’t past.  Despite intense and expensive lobbying efforts, the bill failed by a vote of 13 to 2.

And in Kansas, it is not what is happening in the courtrooms, but the courtrooms themselves that are the source of asbestos controversy. The Kansas City Star reports that a series of lawsuits filed recently claim that workers and visitors to a downtown courthouse have been exposed to asbestos for years, due to faulty ventilation.  The suits claim that asbestos dust in the old courthouse collects around the heating and air-conditioning systems, putting anyone nearby as risk for inhalation.  Renovation, demolition and maintenance projects have been going on in the building for more than 30 years.

Certain types of biomarkers can help doctors predict the best chemotherapy treatment for patients with malignant pleural mesothelioma. Researchers from Cairo University in Egypt looked at 91 mesothelioma patients. They tested two different chemotherapy drug combinations: pemetrexed plus cisplatin and gemcitabine plus cisplatin. FDA Approved Treatment Options Mesothelioma is a rare cancer caused by asbestos and standard therapies are limited. Most mesothelioma patients have chemotherapy as their first-line treatment. If they are healthy enough, they may also have surgery or radiation therapy. Chemotherapy is a group of toxic drugs that kill cells by damaging their DNA. As of this writing, the only FDA approved chemotherapy for malignant pleural mesothelioma is a combination of pemetrexed and cisplatin. Gemcitabine is not an … END_OF_DOCUMENT_TOKEN_TO_BE_REPLACED