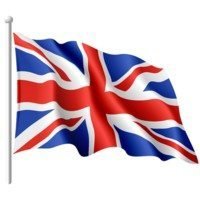 A British man has survived for more than 12 years after being diagnosed with mesothelioma, a cancer that is typically fatal within a year. Researchers say this rare case of spontaneous regression could be evidence of the immune system’s role in fighting cancer, and that focusing on immune-based therapies might offer new options for treating mesothelioma.

According to a report in the Annals of Thoracic Surgery, the patient first arrived at London’s Royal Brompton and Harefield Hospital in 1994 complaining of chest pain and shortness of breath. He had a history of occupational exposure to asbestos—one of the most significant risk factors for mesothelioma. Biopsies indicated that the patient did have mesothelioma, but he opted not to be treated.

Five years later the patient returned to the hospital with a mass in his chest wall. A biopsy confirmed the mesothelioma diagnosis. Doctors performed surgery to remove the cancer.
Surgery is usually not successful at removing all traces of mesothelioma, because the tumor forms a sheet shape, rather than a lump like other cancers, says study author John Pilling, FRCS, Consultant Thoracic Surgeon at Guy’s Hospital in London. However, in this case, a biopsy performed during one of the surgeries to remove the tumor showed no traces of cancer remaining.

Doctors followed-up for seven years, and 12 years after the patient’s symptoms first appeared, imaging studies showed that he was still cancer-free. He received no further treatment for his mesothelioma after his initial surgery.

It is exceptionally rare for mesothelioma to regress as it did in this patient; however, it has happened before. In 2007, for example, Australian researchers reported on the case of a 61-year-old woman who remained cancer-free two years after her diagnosis.

Researchers have been trying to determine what factors might contribute to prolonged survival in these isolated cases. One possibility is that the immune system could be stimulated to fight off the cancer. “We know that the immune system (natural killer cells) regularly kills off small cancers in all of us, so [it may be] the same way for slightly bigger tumors,” according to Dr. Pilling. As possible evidence of this effect, researchers have seen how immune system cells called lymphocytes are able to infiltrate one form of mesothelioma, which has a slightly better survival rate.

Dr. Pilling says he and his colleagues have not followed-up with the mesothelioma patient since this report was published in 2007. However, he says this patient’s case has given them additional insight into the importance of the immune system in fighting cancer. “Current chemotherapy has a deleterious effect on the immune system,” he says. “Maybe a vaccine or immune modulation is the way ahead.”

The MESOMICS project is the most comprehensive dataset of mesothelioma genomics to date. The data in this resource can help researchers to design precision treatments for mesothelioma patients This project was created by an international collaboration between scientists from France, Chile, and the United States. Understanding Diagnosis Malignant pleural mesothelioma is a rare cancer caused by asbestos exposure. There are approximately 2,000 cases of mesothelioma diagnosed in the United States alone every year. Because it is so rare, the treatment options are very limited compared to other types of cancer. The limited treatment options combined with the cancer’s ability to spread without being noticed makes mesothelioma a deadly disease. Median overall survival for mesothelioma patients is a little over a … END_OF_DOCUMENT_TOKEN_TO_BE_REPLACED