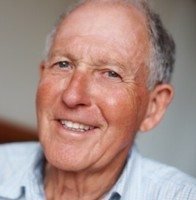 Mesothelioma, the rare but deadly cancer of the mesothelium caused by asbestos exposure, is often fatal within a year of diagnosis.  But thanks to better diagnostic tools, including the use of some newly-identified biomarkers to identify those at highest risk, some patients do survive this cancer for five years or more.

Statistics from the National Cancer Institute indicate that 7.3 percent of people diagnosed with mesothelioma between 1999 and 2006 were likely to be alive five years later.  People who are younger than 65 at the time of diagnosis have the greatest chance of making it at least five years – 14.8 percent.   The latest National Cancer Institute prevalence figures say 2,774 people were diagnosed with mesothelioma between 2000 and 2006.  At that time, 4,194 people were living with the disease.

Due to the long latency between asbestos exposure and the development of mesothelioma, it can take as long as 40 or 50 years for symptoms to develop.  When they do develop, they may mimic symptoms of other conditions, delaying diagnosis further.  By the time some patients are diagnosed, it may be too late for even aggressive intervention to positively impact survival rates.

New diagnostic markers are needed to both detect mesothelioma and identify those mesothelioma patients that have the best chance of getting value from existing therapies.  A new study conducted at New York University’s Langone Medical Center suggests a genetic marker inside tumor cells may help identify patients who are most likely to respond well to treatment of the pleural (lung-based) form of mesothelioma.

Researchers conducted the study on 142 patients who had had surgery for their mesothelioma.  In those with highest levels of the marker, known as miR-29c, the survival period was as much as four times higher than for those with the lower levels.  With treatment, those with higher MiR-29c had a median survival rate of 32 months.  Study Director Dr. Harvey Pass says the results may prompt physicians to be more aggressive with treatment in those with the worst prognosis.

An international group of researchers have provided recommendations for countries to create a mesothelioma registry. Mesothelioma registries are great tools to monitor the negative effects of asbestos. It can help to identify clusters of asbestos exposure. Registries can also track the impact of asbestos reduction programs. Asbestos Health Risks Asbestos is a naturally occurring mineral that has been found throughout the world. Even though it is toxic, it is used in manufacturing and construction in many countries around the world. Mesothelioma is a cancer that is caused by exposure to asbestos. It grows in the lining of organs like the lungs. Generally, those who develop mesothelioma show no signs of illness for a long time after their first exposure. It … END_OF_DOCUMENT_TOKEN_TO_BE_REPLACED