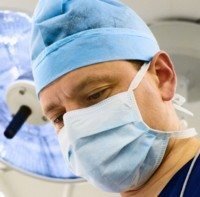 When pleural mesothelioma returns after treatment, attacking it with a second round of surgery can provide symptom relief, but no real hope for a cure, according to a recent study published in the January Annals of Thoracic Surgery.

Doctors frequently treat pleural mesothelioma with a radical surgery called extrapleural pneumonectomy (EPP), which removes parts of the diseased lung, lung lining, heart lining, and diaphragm. Yet even with this aggressive approach, the cancer often returns.

A second surgery can be performed, but no study has yet determined whether patients actually benefit from the additional procedure. To determine what, if any, benefit a second surgery might have for patients whose cancer has returned, researchers in Italy reviewed the medical records of 74 patients with pleural mesothelioma who underwent an EPP over a 20-year period.

Out of that group of patients, the researchers identified eleven patients whose mesothelioma had returned in the form of a solid mass. Eight of those patients were eligible to undergo repeat surgery. Candidates for surgery had local recurrences with chest pain at follow-up, according to study author Leonardo Politi, MD, Department of Medical and Surgical Critical Care, University of Florence. Depending on the type of disease recurrence, the patients underwent different surgeries, but the overall goal of the second surgery was the same – to cure the cancer.

All of the patients tolerated their second surgery well and there were no major complications. However, the surgery was not able to cure the mesothelioma recurrence, says Dr. Politi. Patients survived an average of just 14.5 months (the range was 6 to 29 months) after the second surgery.

Surgery did, however, bring symptom relief for patients who were unable to undergo other forms of treatment. The patients studied were not eligible to receive radiation because they had already received it in their first round of treatment, and chemotherapy alone would not have been effective enough due to the location of the recurrence, according to the study.

The authors say a second surgery might also be an option in mesothelioma patients who don’t have symptoms. Surgery might help prevent the cancer from spreading to other organs, including the kidney, spleen, and colon.

According to the authors, surgical techniques have improved since the earliest patients in this study underwent their second procedure in 1988. A newer technique called a mini-thoracotomy appears to be more effective at preventing some recurrences, because it allows doctors to perform a more radical surgery through a smaller incision.

The authors say that most recurrences of pleural mesothelioma tend to occur within 18 months, and are not treatable with surgery. However, in the small number of patients whose cancer returns at a later time (between 18 months and 12 years), a second surgery may be the only treatment available to relieve symptoms and prevent the cancer from spreading further.

An international group of researchers have provided recommendations for countries to create a mesothelioma registry. Mesothelioma registries are great tools to monitor the negative effects of asbestos. It can help to identify clusters of asbestos exposure. Registries can also track the impact of asbestos reduction programs. Asbestos Health Risks Asbestos is a naturally occurring mineral that has been found throughout the world. Even though it is toxic, it is used in manufacturing and construction in many countries around the world. Mesothelioma is a cancer that is caused by exposure to asbestos. It grows in the lining of organs like the lungs. Generally, those who develop mesothelioma show no signs of illness for a long time after their first exposure. It … END_OF_DOCUMENT_TOKEN_TO_BE_REPLACED