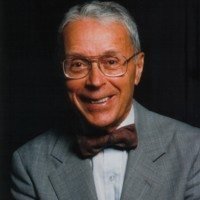 A retired Princeton researcher who has worked to improve the lives of thousands of people with mesothelioma has been awarded an honorary degree from Princeton University.

Edward Taylor, PhD, has been a part of the Princeton faculty since 1954 and has authored more than 450 scientific papers and served as editor of several respected science journals. Named a Hero of Chemistry by the American Chemical Society, Dr. Taylor is the inventor of the anti-cancer drug Alimta, the first drug to be approved by the FDA specifically for the treatment of malignant pleural mesothelioma.

Mesothelioma strikes as many as 3000 Americans annually and is caused almost exclusively by workplace exposure to fibers of the mineral asbestos. Mesothelioma is an extremely aggressive cancer, attacking the lining around the lungs and causing the normally pliable tissue there to stiffen and restrict the expansion of the lungs during breathing. The diagnosis carries a grim prognosis; life expectancy after diagnosis is usually between 12 and 18 months.

When it was approved by the FDA in 2004, Alimta (the brand name for a chemotherapy agent called pemetrexed disodium) was the first and only drug designed to target mesothelioma tumors. It has since been approved to treat other types of cancers, as well. Alimta is often used in combination with the standard chemotherapy agent ciplatin and works by blocking certain enzymes necessary for the growth of cancer cells. Alimta has become part of the standard treatment for mesothelioma patients who are not candidates for surgery. Although it does not cure mesothelioma, research suggests that in some patients it may help prolong life and improve lung function.

Newer studies are underway to test Alimta’s effectiveness when paired with anti-angiogenesis drugs such as bevacizumab, also known as Avastin. Drugs in this class may help fight against aggressive cancers like mesothelioma by preventing the formation of blood vessels (angiogenesis) which feed the tumor. Another relatively new type of chemotherapy agent for mesothelioma is Onconase, a protein that inhibits cellular growth and initiates cellular death by speeding up RNA damage. Studies suggest that Onconase may enhance the anti-cancer effect of other drugs. The newest type of drug therapy being tested for mesothelioma is known as immunotherapy and involves triggering the body’s own immune response to fight tumor cells.