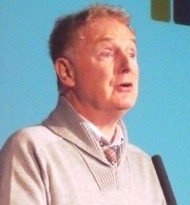 Malcolm McLaren, the flamboyant so-called ‘Godfather’ of the British punk rock movement, has died of mesothelioma at the age of 64. McLaren, who created and managed the notorious British rock band the Sex Pistols, is famous for having said ‘Rock and roll doesn’t necessarily mean a band…It’s that question of trying to be immortal.” He died in a Swiss hospital just six months after his diagnosis with the rare cancer. Mesothelioma is a cancer of the lining around the lungs and other organs and is caused almost exclusively by exposure to tiny fibers of the mineral asbestos.

McLaren will long be remembered for his anti-establishment attitudes and outlandish attempts at social provocation through music. Trained as an art student at no less than six schools (one of which expelled him, while another tried to have him institutionalized), he became a fashion designer and owned a London boutique known as ‘Sex’ in the 1970’s.

A singer himself, McLaren brought together the four musicians who comprised The Sex Pistols, Britain’s first punk band. The group produced such influential protest hits as ‘Anarchy in the U.K.’ and ‘God Save the Queen’, which was banned from the British airwaves by the BBC. William Grimes of The New York Times says “Until their breakup in January 1978, the Sex Pistols epitomized the look, the sound and the attitude of British punk. All three came, in large measure, from Mr. McLaren’s restless brain.” Another important figure in the music business who died of mesothelioma was singer/songwriter Warren Zevon.

McLaren went on to record some of his own music, releasing an album called ‘Duck Rock’ in 1983. He was also involved in film and television and worked with such notable figures as Steven Spielberg and Quentin Tarantino. Recently, McLaren helped produce the film ‘Fast Food Nation.’

Mesothelioma has a median survival of about one year after diagnosis. McLaren was diagnosed in October 2009 and had been undergoing treatment in Switzerland. Unfortunately standard therapies for mesothelioma (such as chemotherapy, radiation and surgery) are merely palliative in the majority of cases. Experimental new treatments that focus on harnessing the body’s own immune response, known an immunotherapy, are showing some promise in mesothelioma, but their use is not yet widespread.

Mesothelioma is almost always the result of exposure to asbestos, a naturally-occurring mineral whose sharp fibers can lodge in the lungs, causing chronic irritation and eventually lead to cancerous cellular changes. Asbestos was used in many different products. However, there have been no published reports of how or where McLaren may have come in contact with asbestos during his wide-ranging career. Earlier this year, football star and television actor Merlin Olsen also died of mesothelioma. He claimed that he was exposed to asbestos on the sets of various television and film projects.

A Canadian study found that tracking trends in mesothelioma at the local level can help officials predict future mesothelioma cases. Most mesothelioma tracking efforts focus on the national scale and monitor cases across a country or region. This study, published in Cancer Causes and Control, looked at mesothelioma cases based on industrial sources of asbestos in Ontario and British Columbia. Growing Number of Cases Asbestos is a toxic material that is used in many commercial and industrial products. It’s durability and heat resistance made it very popular in products like construction materials, textiles, and vehicles. Mesothelioma is a deadly cancer caused by exposure to asbestos. It was first identified as a cancer-causing material in 1977 by the International Agency for … END_OF_DOCUMENT_TOKEN_TO_BE_REPLACED