Home / News / Mesothelioma Treatment May Get Boost From Immune Therapy 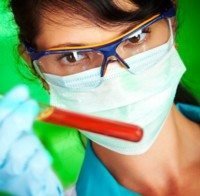 Therapies that trigger an immune response against mesothelioma tumors could potentially enhance the effectiveness of current treatments, but more research is still needed to find the most effective way to deliver these immune therapies, according to a study published online in the journal, Interactive Cardiovascular and Thoracic Surgery.

Because mesothelioma is such a difficult cancer to treat, doctors typically take a multi-faceted approach, using a combination of surgery, chemotherapy, and radiation. Yet even when combined, these therapies achieve only minimal success and patients often face a grim prognosis.

In their search for new and better treatment options, researchers have started to focus on therapies that stimulate the body’s own immune response against the cancer. In both animal and human studies, the immune-based drugs interleukin-2 (IL-2) and interferon have shown some effectiveness in reducing the spread of mesothelioma.

In 2007, a group of researchers in Italy tested out a four-pronged therapy that added IL-2 to surgery, chemotherapy, and radiation. The results were so promising that they subsequently launched a comparison study to learn how much of an additional benefit mesothelioma patients could receive when IL-2 was incorporated into their treatment.

The study reviewed the cases of 57 patients who were treated for mesothelioma over a 10-year period. Thirty-four of the patients received IL-2 before surgery. The second group of 23 patients received the standard treatment of surgery, chemotherapy, and radiation without IL-2.

The survival rates did not differ much between the two groups, but the group that received IL-2 had a much higher number of immune cells called CD8+ lymphocytes. These cells are thought to reduce blood flow to mesothelioma tumors, cutting off their nutrient supply. Past studies have indicated that mesothelioma patients with high levels of CD8+ lymphocytes tend to have a better prognosis. The IL-2 group also had higher levels of other immune substances that have been correlated with an improved outcome.

However, IL-2 also increased levels of Foxp3, a type of cell that helps cancerous tumors survive by protecting them from the immune system. “Unfortunately, a high dosage of IL-2 increases the Foxp3 level, and this limits the IL-2 action,” says lead study author Marco Lucchi, MD, a surgeon in the Division of Thoracic Surgery at the University of Pisa. “If we were able to decrease the Foxp3 level, IL-2 could be more effective.”

As of today, doctors don’t know how to decrease Foxp3 levels. They still need to do more research to find the immunotherapy technique that will provide real survival benefits to mesothelioma patients. “New combinations should be tested, but, more important, we need new drugs and new modality of administration,” Dr. Lucchi says.

However, this study provides more evidence that mesothelioma does respond well to immune-based therapies. Dr. Lucchi believes that this type of therapy might ultimately help transform mesothelioma from the quickly progressing, fatal disease it is today, into a more chronic, slower moving cancer that gives patients a better chance at long-term survival.

Lucchi M, et al. Multimodality treatment of malignant pleural mesothelioma with or without immunotherapy: does it change anything? Interact Cardiovasc Thorac Surg. 2010 Jan 6 [Epub ahead of print].

A new study out of India shared new findings on the most accurate way to diagnose mesothelioma. Malignant peritoneal mesothelioma (MPM) is a rare type of cancer. The peritoneum is the membrane that lines your abdominal cavity. MPM forms in this lining and spreads within the abdominal cavity. Mesothelioma is caused by exposure to asbestos. MPM is likely caused by ingesting asbestos that become stuck in the abdomen. It can take up to 50 years for MPM to form and cause symptoms after asbestos exposure. It can be hard for doctors to diagnose MPM. This is because MPM is so rare and the symptoms often look like more common diseases. A delayed diagnosis leads to delayed treatment and a lower … END_OF_DOCUMENT_TOKEN_TO_BE_REPLACED