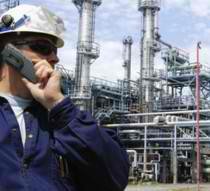 The process of refining crude oil into gasoline and other products is essential to modern life, but it could be deadly to the lives of thousands of people who have worked in oil refineries. Mesothelioma can take 20 to 50 years after exposure to develop. There are about 2000 cases diagnosed in the U.S. each year and a disproportionate number of them are found in former oil refinery workers.

Because the refining process involves the application of high heat to potentially flammable materials, there is a constant risk of fire in refineries.  To minimize the risk and, ironically, to protect workers, heat-resistant asbestos was traditionally used throughout refineries.  Asbestos or Asbestos Containing Materials (ACM) can still be found as insulation around pipes, conduits and distillation columns, in various gaskets and other machinery parts, and protecting floors, walls and work surfaces.  Some workers even wore protective gear, including hoods and gloves, made of a material infused with asbestos for its heat- and fire-resistant properties.

But the materials designed to protect them were clearly putting these workers in danger.  As a result of their continual asbestos exposure, oil refinery workers have been shown to have a higher risk of malignant mesothelioma, a rare and aggressive cancer, than other types of industrial workers. In fact, a British study of more than 45,000 oil refinery workers who had worked in the industry for at least a year between 1946 and 1971, found ‘significantly elevated’ rates of mesothelioma and other asbestos-related diseases.

Another NIH study conducted in 2000 and published in the American Journal of Industrial Medicine found a 96-100% correlation between mesothelioma and job-related asbestos exposure among oil refinery maintenance workers.  The same study also found two cases of asbestos-related lung cancer among these workers for each case of mesothelioma.

Mesothelioma is caused by the inhalation or ingestion of asbestos dust.  While the mineral does not appear to pose a threat when it stays in place, when it crumbles or becomes ‘friable’ over time, tiny shards can become airborne and get into the lungs.  Once lodged deep in the lung tissue, these sharp bits of rock can cause severe lung irritation called asbestosis and can even trigger a physical response that eventually results in mesothelioma cancer.  Researchers are still trying to determine why some people exposed to asbestos develop the rare cancer while others do not.

As of 2009, there were a hundred and forty-one operational oil refineries in the U.S. producing more than seventeen and a half million barrels a day.   All of these facilities were constructed before 1976, several years prior to the federal government’s widespread regulation of asbestos. Although the U.S. is no longer building new oil refineries, asbestos is still present in existing facilities.

Keeping these operations running smoothly requires the involvement of dozens of different trades, from electricians to pipefitters, boilermakers, millwrights, welders, construction workers and various system operators.  The likelihood that they may have disturbed aging asbestos during their normal course of business puts all of these different types of oil refinery workers at higher risk of asbestos-related diseases like mesothelioma.

A Canadian study found that tracking trends in mesothelioma at the local level can help officials predict future mesothelioma cases. Most mesothelioma tracking efforts focus on the national scale and monitor cases across a country or region. This study, published in Cancer Causes and Control, looked at mesothelioma cases based on industrial sources of asbestos in Ontario and British Columbia. Growing Number of Cases Asbestos is a toxic material that is used in many commercial and industrial products. It’s durability and heat resistance made it very popular in products like construction materials, textiles, and vehicles. Mesothelioma is a deadly cancer caused by exposure to asbestos. It was first identified as a cancer-causing material in 1977 by the International Agency for … END_OF_DOCUMENT_TOKEN_TO_BE_REPLACED