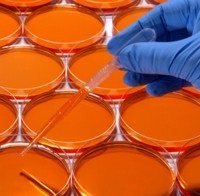 When asbestos fibers get inside the body, they trigger a number of biological pathways that can eventually lead to the development of mesothelioma and other lung cancers. Learning how these pathways are formed can help researchers develop new treatment approaches to combat these deadly cancers, according to a study recently published in the American Journal of Respiratory Cell and Molecular Biology.

Researchers have long known that on-the-job exposure to asbestos can lead to mesothelioma, as well as other cancers. Now they are trying to determine exactly what cascade of events asbestos triggers that causes cells to turn cancerous. Understanding the biological processes behind mesothelioma development is critical to finding new therapies for this currently incurable disease.

Whether a person develops mesothelioma or another cancer after being exposed to asbestos depends on the type of asbestos, the amount of exposure, and the specific types of cells that are exposed to the asbestos fibers. Different asbestos fibers activate different pathways, and some types of asbestos may be more likely than others to induce cancerous changes in cells. “The majority of scientists think that long, thin fibers…particularly members of the amphibole asbestos subgroup—crocidolite and amosite—persist longer in the lung and are the most carcinogenic types of asbestos, particularly in the development of mesothelioma,” explains Brooke T. Mossman, PhD, Professor of Pathology and Director of the Environmental Pathology Training Program at the University of Vermont College of Medicine.

Asbestos is unusual in that, unlike other cancer-causing substances (carcinogens), it doesn’t appear to directly turn cells cancerous. Instead, the asbestos fibers either act on receptors on the cells, or release highly reactive, oxygen-containing substances that trigger a number of signaling pathways within cells. These pathways lead to the activation of genes that cause mesothelioma and other cancers (oncogenes), and help the cancer cells survive.

Researchers have discovered that asbestos fibers change the expression of several genes that are linked to, among other things, the process of programmed cell death that normally causes cells to die (apoptosis), and the spread of cells (proliferation). These genetic changes could help mesothelioma cells survive and spread, and they increase with exposure to larger amounts of asbestos fibers over a longer period of time.

There is not one, but many signaling pathways that help mesothelioma cells survive and resist the effects of treatment, which may be why no single therapy has so far been able to cure the disease. Researchers are currently looking at several key players that are over-activated in mesotheliomas that lead to the activation of these pathways. One of these substances is epidermal growth factor (EGF), a protein found on the surface of cells that helps regulate how the cells grow and divide. Another is extracellular signal-related kinases (ERK), which help regulate the expression of different genes, and play a role in cell movement and spread.

If researchers can better understand the signaling pathways, and can identify EGF, ERK, and other instigators that trigger the development of these pathways, “they can block them using various molecular and drug approaches,” says Dr. Mossman. Blocking these substances soon after people inhale asbestos fibers might be an important way to prevent tumors from forming.

Several therapies could potentially target the signaling and survival pathways asbestos triggers. The most promising of these is multi-combinational therapy, “where compounds blocking the EGF receptor and other survival pathways…can be administered simultaneously with DNA damaging chemotherapy drugs,” Dr. Mossman says. As the biological mechanisms that lead to the formation of mesothelioma from asbestos are better understood, more effective treatments can be created.

Five out of ten Korean oncologists surveyed feel positive about using an aerosolized chemotherapy system called PIPAC for mesothelioma and other types of cancer. PIPAC stands for pressurized intraperitoneal aerosol chemotherapy. The system turns liquid chemotherapy drugs into a spray that can be applied with a nebulizer. It was developed to treat surface malignancies like peritoneal mesothelioma that can be hard to treat with standard methods.  PIPAC can be used in conjunction with mesothelioma surgery or by itself as either a palliative or curative treatment.  The technology is still very new. Many doctors have never used it. But research conducted by the Seoul National University College of Medicine shows Korean doctors are ready to embrace it. How Spray-on Chemotherapy Works … END_OF_DOCUMENT_TOKEN_TO_BE_REPLACED