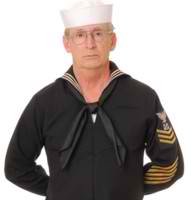 Sailors who worked aboard Navy vessels during World War II and the Korean War knew they would face risks.  But many did not realize that one of the greatest risks – asbestos causing mesothelioma – was invisible and was prevalent inside their own destroyers, aircraft carriers, and submarines, as well as throughout the ship yards.

Until about the late 1970’s, asbestos was used extensively in ship-building, particularly in areas – such as around boilers or in engine rooms – where exposure to high heat was likely.  Because of its heat resistant properties, the material was also commonly used in the insulation of walls and around the pipes of ships.

As a result, many sailors who worked in areas where asbestos was used, those who were involved in repair or overhaul of these ships, or those who were present when a ship was damaged during attack, were exposed to asbestos dust.  The inhalation of the tiny asbestos fibers contained in that dust put these sailors at high risk for a rare and often deadly cancer called mesothelioma.

Mesothelioma causes cancerous changes in the cells of the mesothelium, the lining around internal organs.  The most common form of mesothelioma affects the lungs and is called pleural mesothelioma, but the disease can also develop in the mesothelial cells lining the abdomen or around the heart or, rarely, the testes.

Exposure to the tiny fibers contained in asbestos dust causes these fibers to become lodged in mesothelial cells, resulting in irritation and cellular changes over time. Early symptoms of pleural mesothelioma include shortness of breath and coughing, symptoms which are also associated with many other illnesses, making the condition difficult to diagnose.  Because of this difficulty and the long dormancy, it is not uncommon for mesothelioma to be diagnosed as many as 50 years after exposure.

Many asbestos-containing products were used by the U.S. military between the 1930’s and the 1970’s, most of them by the Navy.  Although use of the substance in new ship building has declined sharply since the 1970’s, many existing Naval ships still contain it.

The U.S. Department of Veterans Affairs reports that there are approximately 25 million living veterans.  According to online veterans’ network, ‘Veterans Today’, veterans make up approximately 30 percent of all patients with mesothelioma.

A Canadian study found that tracking trends in mesothelioma at the local level can help officials predict future mesothelioma cases. Most mesothelioma tracking efforts focus on the national scale and monitor cases across a country or region. This study, published in Cancer Causes and Control, looked at mesothelioma cases based on industrial sources of asbestos in Ontario and British Columbia. Growing Number of Cases Asbestos is a toxic material that is used in many commercial and industrial products. It’s durability and heat resistance made it very popular in products like construction materials, textiles, and vehicles. Mesothelioma is a deadly cancer caused by exposure to asbestos. It was first identified as a cancer-causing material in 1977 by the International Agency for … END_OF_DOCUMENT_TOKEN_TO_BE_REPLACED