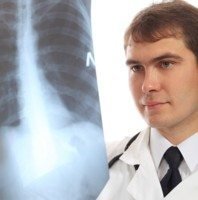 Patients who are diagnosed with sarcomatoid mesothelioma face a much poorer outlook than those with the more common epithelioid form of the disease, according to a study published online January 15 in the journal, Modern Pathology. The study also found evidence linking sarcomatoid mesothelioma with higher asbestos exposures, and confirmed that proteins called cytokeratins (CK) are among the most useful markers for diagnosing this type of mesothelioma.

The researchers say that immunohistochemistry—a diagnostic staining technique that looks for protein markers in cells that are specific to certain cancers—is not as useful for sarcomatoid tumors as it is for other types of mesothelioma. “Special stains are of rather limited benefit and if the pathologist relies on staining of the tumor alone, mistakes can be made,” Dr. Roggli says. However, of the immunohistochemical markers available, CK is among the most useful for diagnosing sarcomatoid mesothelioma. “The best approach to diagnosis is close communication between the radiologist looking at the films, the doctor who takes the biopsies (surgeon, radiologist, or pulmonologist), and the pathologist,” he says.

To learn more about this aggressive cancer, Dr. Roggli and his colleagues examined database records taken from 326 patients. They discovered that most of the patients with sarcomatoid mesothelioma had cancer in the chest area (pleura).

Using x-ray analysis, the authors found that patients had more asbestos fibers in their tissue samples compared with patients who had non-sarcomatoid tumors. “Our findings indicate that on average, sarcomatoid mesotheliomas are associated with heavier exposures to asbestos than the other mesothelioma types,” Dr. Roggli says. Most of those fibers were the amosite form of asbestos.

“Our study is the largest by far of this relatively rare form of a rare cancer (mesothelioma),” says Dr. Roggli. “Our findings confirm reports by others that this type has a rather grim prognosis, a strong association with asbestos, and location mainly in the chest.”

American Cancer Society. What are the Key Statistics About Malignant Mesothelioma?

A new study published in Thoracic Cancer discussed the impact of COVID‐19 pandemic on new mesothelioma diagnoses in Italy. Malignant mesothelioma is a rare disease of great interest to the scientific community and to public health. This is due to its high lethality and its association with asbestos exposure. The timely diagnosis of mesothelioma is important. Although it may not change the prognosis of the disease, it can help in treatment strategies. It can also help in documenting previous exposure to asbestos. This can contribute to any request for compensation. New Study Shows Promising Results During the COVID-19 pandemic, there was a delay in the diagnosis of oncological diseases. This was because many departments were converted into COVID wards. And … END_OF_DOCUMENT_TOKEN_TO_BE_REPLACED