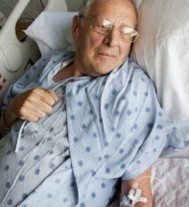 Treating mesothelioma aggressively with a combination of surgery, chemotherapy, and radiation (trimodality therapy, or TMT) might improve survival in a small number of patients, but it may not be the best option for those with more advanced cancer. Imaging tests alone can’t identify the most appropriate candidates for surgery, and as a result, many patients may be unnecessarily undergoing a risky procedure that won’t improve their odds of survival, according to a recent study in the ANZ Journal of Surgery.

David Sugarbaker, MD, of the Brigham and Women’s Hospital in Boston has reported positive results from combining extrapleural pneumonectomy (EPP—surgery to remove the diseased lung, as well as the diaphragm and the membrane covering the heart and lung), followed by chemotherapy and radiation. However, another study noted that mesothelioma returns in more than 50% of patients who are treated with TMT.

John M. Alvarez, FRACS, Clinical Associate Professor at the University of Western Australia, wondered whether some patients who are undergoing TMT might have hidden mesothelioma that isn’t being detected on imaging scans. If that were the case, these patients would be undergoing risky surgery with little chance for improvement in long-term survival.

Dr. Alvarez and his colleagues wanted to determine whether CT scan, MRI, and other traditional imaging studies used to stage mesothelioma before surgery might be missing later-stage cancers. Their study included 30 patients who had been referred for TMT.

Tissue biopsies revealed what imaging tests hadn’t—that the mesothelioma had spread in eight patients (26%), making them ineligible for TMT. “Even if PET, MRI, and CT scans say there is no tumor there, we have shown that by taking samples of what may appear to be normal tissue, the histology comes back as positive for mesothelioma,” Dr. Alvarez says.

The 19 patients who were found to be eligible underwent TMT with EPP (three declined to undergo the surgery), followed by chemotherapy and radiation. Yet Dr. Alvarez found no difference in one-year survival between mesothelioma patients who received TMT and those who did not. Patients who were found to have advanced-stage disease had a poor prognosis—half of them died from mesothelioma by one year, and all of them died by two years, suggesting that they would not have benefited from TMT.

TMT remains an unproven therapy, according to Dr. Alvarez, and any benefit may be limited to only the most appropriate patients. He says his study underscores the importance of carefully staging mesothelioma patients before putting them through the rigors of surgery.

“If a surgeon does an EPP and does not do a surgical staging procedure and relies solely on PET, MRI, and CT…then there is a 20 to 30% chance that the surgery is futile, as the mesothelioma is widespread,” Dr. Alvarez says. “In essence, we would be putting patients through a treatment of unproven benefit, but in this group of patients there would be no benefit at all and a real significant risk.”

The MESOMICS project is the most comprehensive dataset of mesothelioma genomics to date. The data in this resource can help researchers to design precision treatments for mesothelioma patients This project was created by an international collaboration between scientists from France, Chile, and the United States. Understanding Diagnosis Malignant pleural mesothelioma is a rare cancer caused by asbestos exposure. There are approximately 2,000 cases of mesothelioma diagnosed in the United States alone every year. Because it is so rare, the treatment options are very limited compared to other types of cancer. The limited treatment options combined with the cancer’s ability to spread without being noticed makes mesothelioma a deadly disease. Median overall survival for mesothelioma patients is a little over a … END_OF_DOCUMENT_TOKEN_TO_BE_REPLACED