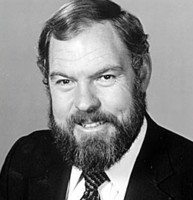 Merlin Olsen was one of the strongest players in NFL history, but malignant mesothelioma proved to be one rival he could not defeat. NFL Rookie of the Year in 1962. NFL player of the year in 1964. A Football Hall of Famer, television actor and commentator, Olsen died of mesothelioma on March 11, a disease he and his family claimed he contracted from exposure to asbestos. A football standout early on at Utah State, Olsen went on to a successful 15 year career with the Los Angeles Rams and was elected to the Pro Bowl in 14 of those seasons, starting with his rookie year in 1962. He remains the Rams’ all-time leader in career tackles. At 6’ 5”and 275 … END_OF_DOCUMENT_TOKEN_TO_BE_REPLACED

The MESOMICS project is the most comprehensive dataset of mesothelioma genomics to date. The data in this resource can help researchers to design precision treatments for mesothelioma patients This project was created by an international collaboration between scientists from France, Chile, and the United States. Understanding Diagnosis Malignant pleural mesothelioma is a rare cancer caused by asbestos exposure. There are approximately 2,000 cases of mesothelioma diagnosed in the United States alone every year. Because it is so rare, the treatment options are very limited compared to other types of cancer. The limited treatment options combined with the cancer’s ability to spread without being noticed makes mesothelioma a deadly disease. Median overall survival for mesothelioma patients is a little over a … END_OF_DOCUMENT_TOKEN_TO_BE_REPLACED