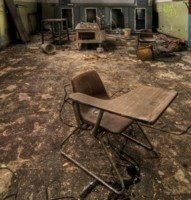 Thousands of U.S. schools still contain asbestos – the fiber that can cause mesothelioma – and there are no plans to remove it, according to the EPA.  Although the mineral fiber asbestos, long used in insulation and other industrial applications, is widely recognized as posing a public health hazard, the Environmental Protection Agency says removing it from the nation’s aging schools can pose a greater risk than ‘managing it in place.’ Exposure to airborne asbestos fibers have been linked to lung cancer,mesothelioma and asbestosis.

A 2001 report written by the American Federation of Teachers focused on the occupational health and safety issues of public school employees in large urban areas.  They concluded that crumbling school infrastructure and crowded classrooms are associated with inadequate indoor air quality, asbestos exposure, and mesothelioma, among other illnesses.

Asbestos was a common building material in the U.S. until the 1970’s, due largely to its strength and heat resistance.  Despite public perception, most asbestos products are not banned in the United States and are still in place in the insulation, roofs and floors of older schools and other public buildings.  To minimize health risk to school children and teachers, schools are required to manage the asbestos ‘in place’ according to requirements set out in the Asbestos Hazard Emergency Response Act (AHERA) in 1986.

AHERA requires schools to inspect their buildings for asbestos every six months and devise a plan to reduce the hazard from any asbestos that may be present.  This can include spraying it with sealants, enclosing it, and keeping it in good condition so that it does not release fibers.  Based on evidence that asbestos is only a health risk once it becomes airborne, AHERA does not require asbestos removal unless there is a danger that the dust can be released.  In fact, one of the highest risks of mesothelioma is from exposure to airborne asbestos fibers.

Under AHERA, U.S. school districts are required to let parents know of the presence of asbestos in schools and to make the asbestos management plan available to the public.  The EPA says routine maintenance, such as the regular cleaning of asbestos tiles, is unlikely to release asbestos fibers and is an important part of maintaining the materials and keeping the particles in place.

At the same time, UK education officials are dealing with their own asbestos legacy.  A new report from a leading group of asbestos testing and consulting specialists criticizes the government for not doing enough to protect children and teachers from existing asbestos.  The report, from the Asbestos Training and Consultancy Association states that, in the 16 schools tested, the asbestos management plans are “not of an acceptable standard… are ineffective and at times dangerous.”

The MESOMICS project is the most comprehensive dataset of mesothelioma genomics to date. The data in this resource can help researchers to design precision treatments for mesothelioma patients This project was created by an international collaboration between scientists from France, Chile, and the United States. Understanding Diagnosis Malignant pleural mesothelioma is a rare cancer caused by asbestos exposure. There are approximately 2,000 cases of mesothelioma diagnosed in the United States alone every year. Because it is so rare, the treatment options are very limited compared to other types of cancer. The limited treatment options combined with the cancer’s ability to spread without being noticed makes mesothelioma a deadly disease. Median overall survival for mesothelioma patients is a little over a … END_OF_DOCUMENT_TOKEN_TO_BE_REPLACED