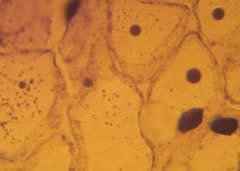 Pathology is the medical specialty that deals with the examination of tissues and cells under the microscope in order to arrive at a diagnosis. When it comes to cancer, a pathological diagnosis is the gold standard that indicates the presence or absence of cancer, the type of cancer, and its classification. Because therapeutic decisions are based on the presumed reliability of the pathology diagnosis, a misdiagnosis can result in unnecessary, harmful and aggressive therapy or inadequate treatment. Unfortunately, medical studies over the last two decades have demonstrated that this gold standard is not consistently reliable. In fact, multiple studies in various cancers have demonstrated discrepancy rates of up to 30% with an average of approximately 10%.1 A “discrepancy” happens when one pathologist renders a diagnosis and another pathologist looks at the same material and renders a different opinion.

For malignant mesothelioma getting the right diagnosis is crucial but can still be a “major problem” according to some physicians. For example, some pathologists have written, “Surprisingly, for a disease that currently has no known cure, one of the major problems (with malignant mesothelioma) still lies in establishing the correct diagnosis. Diagnosis acquires a particular relevance in light of the medicolegal ramifications of this disease, and diagnosis of malignant mesothelioma is still fraught with difficulties. Despite the advances in modern diagnostic techniques, no specific markers or morphologic features exist that are exclusive to these tumors.”2

Below are some examples of pathological “discrepancies” for other cancers.

The pathology of 97 patients (131 specimens) with suspected urothelial carcinoma of the bladder was reviewed. Twenty-four of the 131 specimens “exhibited significant discrepancies.” This included two patients who showed no evidence of tumor. As a result of the review, five radical cystectomies were avoided.3

Brain Tumors – Pathologists Often Disagree With Themselves or Others

Seventy-five women with a total of 77 breast lesions were examined. The reviewing panel disagreed with the treatment recommendations 43% of the time (32 cases). The disagreements included breast-conservation therapy instead of mastectomy (13 patients) and different treatment based on a “major change in diagnosis on pathology review. (3.9%).”5

The medical records and pathology slides of 339 women diagnosed with ovarian cancer were reviewed. Forty-three women (12.7%) were discovered not to have ovarian cancer. (28 had other types of cancer and 15 had benign tumors.)6

A total of 535 men referred for radical prostatectomy were reviewed. Seven (1.3%) of the men were found to have a benign pathology. “Upon subsequent clinical work up, six of seven men were considered not to have adenocarcinoma, and their surgery was cancelled.”7

In this study 266 cases of soft tissue lesions were reviewed. A major discrepancy was found in 25% of cases. Of these discrepancies, 45% consisted of benign lesions diagnosed as sarcomas, and 23% were sarcomas diagnosed as benign tumors.8

Getting the pathology wrong is not limited to the U.S. Other countries have found similar problems. For example, in the United Kingdom , 413 cases of sarcoma were reviewed and the diagnosis was confirmed only 76% of the time. The study concluded that “second opinion is essential in cases of presumed sarcoma.to ensure that appropriate treatment is selected.”9

Do You Need a Second Opinion?

The vast majority of pathologists are excellent physicians and that the diagnoses they render are correct. However, a minority of cases benefit from a second opinion. The problem, of course, is accurately identifying which cases should get a second opinion. One factor to consider is how rare your cancer is. Despite its increasing incidence every year, mesothelioma is still relatively rare.

Writing in the journal Cancer, Joseph D Kronz, M.D. and his colleagues at Johns Hopkins Department of Pathology stated, “Second opinion surgical pathology can result in major therapeutic and prognostic modifications for patients sent to large referral hospitals. Although the overall percentage of affected cases is not large, the consistent rate of discrepant diagnosis uncovered by second opinion surgical pathology may have an enormous human and financial impact. Accordingly, the authors recommend that review of the original histologic material should be undertaken prior to the institution of a major therapeutic endeavor.”10 In other words, for a rare cancer like mesothelioma in which the diagnosis is critical, a second opinion is probably indicated.

Getting a Second Opinion

The microscopic glass slides, pathology reports, and possibly paraffin (wax) blocks taken from your blood, aspirate, or tumor are archived in the pathology department of the hospital where your surgery or biopsy took place. As the patient, you can request that this material be released for the purpose of obtaining a second opinion from another pathologist. You can do this even if you have already started treatment. (Be sure to find out if there is a charge for this, how much, and whether your insurance will pay.) Large academic medical centers where doctors are trained often have the most experienced pathologists. When requesting a second opinion, ask that it be sent to a prominent medical center that sees many patients like you. Also request that the pathologist who actually does the review has special experience with your type of cancer. Your surgeon or oncologist should help facilitate such a second opinion.

Multimodal therapy may give patients the best odds of surviving mesothelioma. Multimodal therapy often includes surgery, chemotherapy and radiation. A new article in the Journal of Chest Surgery detail the results of a new analysis of mesothelioma survival. Many Mesothelioma Therapies Malignant mesothelioma is a rare and aggressive cancer that rarely responds to a single cancer therapy. Malignant mesothelioma is almost always caused by exposure to asbestos. Usually, that happens in the workplace. Because mesothelioma is such a difficult cancer to treat, doctors often take a multi-faceted approach. This includes combining surgery, chemotherapy, and radiation. Yet even when combined, these therapies achieve only minimal success. And patients often face a grim prognosis. The 5-year survival rate of patients with mesothelioma … END_OF_DOCUMENT_TOKEN_TO_BE_REPLACED