I have been a family physician for over twenty years, with a special interest in holistic medicine. My routine had become somewhat predictable until Paul Kraus came to my office one busy afternoon. I did not suspect that such an unassuming man would lead me to new insights into my understanding of cancer patients.

Despite encouragement given to a number of patients with malignant mesothelioma in my practice over the years, and none of them had ever recovered from this cancer, widely regarded as one of the most aggressive and the least treatable of all known cancers. I certainly did not look forward to accepting another case.

Paul had been diagnosed in 1997 with metastases so advanced that the surgeons and cancer specialists had given him no hope of recovery or survival. Paul had been pursuing a holistic treatment approach, simply because orthodox medicine had no more answers for him, except to go home and put his house in order. Imagine my astonishment when I first laid eyes on Paul and found him to be a wiry, strong and rather fit looking man who was in his fourth year of surviving this ‘incurable’ cancer.

Initially, I just continued the treatments that Paul’s previous holistic doctors had carried out and encouraged him to continue his many positive lifestyle changes. His regimen included nutrient therapies, herbal remedies, meditation and exercise, to name just a few. His regimen also included a number of treatment modalities that Paul himself had discovered through the intensive research he had conducted into anti-cancer therapies. Luckily, he was supported in this by his dedicated wife, Sue, who supported Paul in his decision to write about his story and share it with others who might possibly benefit from his experience.

On the surface this book reads like a cookbook, full of practical advice, useful references and guides as how and where to find help after a cancer diagnosis, a most difficult time in anyone’s life. Those who read between the lines will find messages that go deeper. Paul’s story is not about one or other ‘miracle cure’ – alternative treatments for cancer frequently fail as do conventional treatments – but how a cancer sufferer can reclaim and enhance his/her life through a holistic approach. Paul addresses social, environmental and spiritual aspects of this illness. 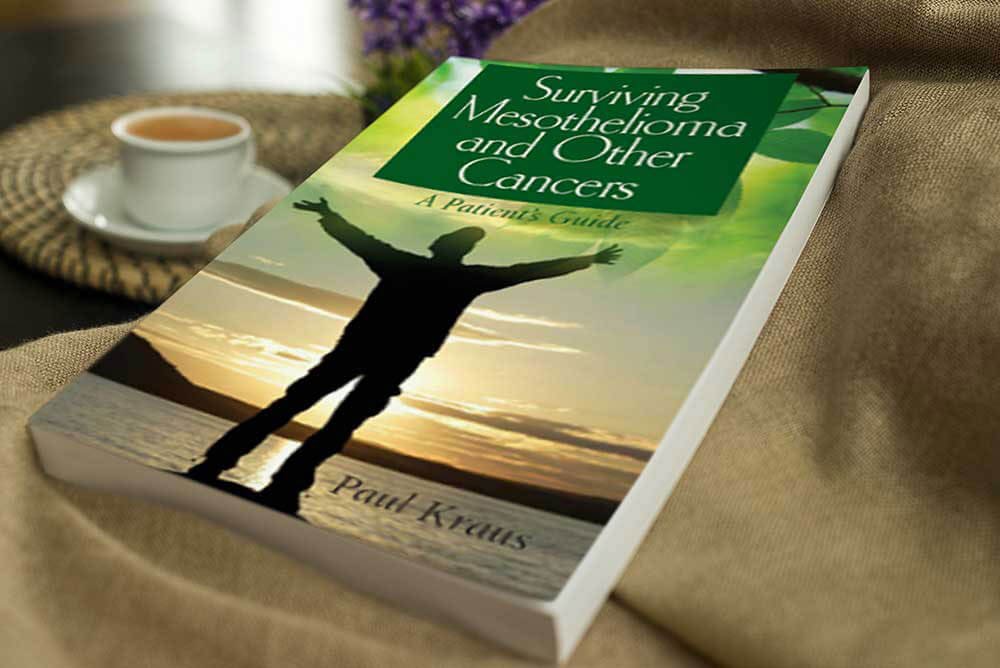 More to The Story

There was more to Paul’s story than supplements, treatments and lifestyle changes. As my relationship with Paul unfolded, I discovered that he was willing to probe into the depths of his being and do whatever was necessary to maintain his health, even if that included stress management and painful introspection resulting in personal growth. Paul often mentions the power of faith, hope and love. I would like to add courage to that recipe. I suspect these qualities are the key, while at the same time maintaining a busy and productive lifestyle.

It is impossible to predict the ultimate outcome to what is a most significant health challenge. However, based on his achievements alone, I believe Paul has an important message for us and we should be willing to listen to a person who has defied the odds in such an impressive way. Apart from Paul’s many practical and helpful suggestions, there are other powerful messages in his book that I believe will benefit cancer sufferers and health professionals alike.

An international group of researchers have provided recommendations for countries to create a mesothelioma registry. Mesothelioma registries are great tools to monitor the negative effects of asbestos. It can help to identify clusters of asbestos exposure. Registries can also track the impact of asbestos reduction programs. Asbestos Health Risks Asbestos is a naturally occurring mineral that has been found throughout the world. Even though it is toxic, it is used in manufacturing and construction in many countries around the world. Mesothelioma is a cancer that is caused by exposure to asbestos. It grows in the lining of organs like the lungs. Generally, those who develop mesothelioma show no signs of illness for a long time after their first exposure. It … END_OF_DOCUMENT_TOKEN_TO_BE_REPLACED