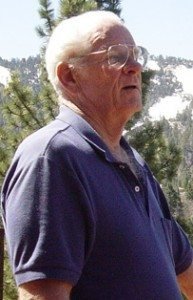 Rhio O’Connor was diagnosed with a deadly cancer (mesothelioma) and given a year to live. Instead of giving up he found his own path to health and outlived his prognosis by more than six years. This path to health included creating his own treatment protocol which consisted of vitamins, minerals, vegetables and fruits components, essential fatty acids, amino acids, enzymes, herbs, a healthy (primarily vegetarian) diet and mind-body medicine. This protocol along with Rhio’s optimistic spirit, belief in something greater than himself, and the ability to make tough choices helped him beat his prognosis and live with a cancer considered “incurable” for many years.

Alternative therapies like the ones used by Rhio are considered highly controversial. Orthodox medicine reminds us that alternative therapies are untested and unproven. There is little regulation controlling their quality, potency or safety and just because it is natural doesn’t mean it is safe. In respect to cancer, they may provide false hope and cost the patient valuable time and money.

Both sides would agree that cancer has become a national disgrace. On January 22, 1971 President Nixon declared a “war on cancer” during his state of the Union Address. Since then the National Cancer Institute has expended an estimated 100 billion dollars in its search for a cure. Over the same period, cancer has become the leading cause of death in this country for Americans under the age of 85.

Please address some or all of the following questions:

To receive a scholarship application which will include the rules and deadlines please send an email to: [email protected]. Please put the word “Scholarship” in the subject line.

An international group of researchers have provided recommendations for countries to create a mesothelioma registry. Mesothelioma registries are great tools to monitor the negative effects of asbestos. It can help to identify clusters of asbestos exposure. Registries can also track the impact of asbestos reduction programs. Asbestos Health Risks Asbestos is a naturally occurring mineral that has been found throughout the world. Even though it is toxic, it is used in manufacturing and construction in many countries around the world. Mesothelioma is a cancer that is caused by exposure to asbestos. It grows in the lining of organs like the lungs. Generally, those who develop mesothelioma show no signs of illness for a long time after their first exposure. It … END_OF_DOCUMENT_TOKEN_TO_BE_REPLACED