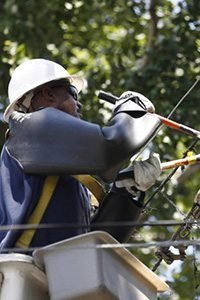 Many people who worked in power houses (also called power stations or power plants) were exposed to asbestos.  Asbestos was widely used in the buildings that housed the equipment, the actual machinery – generators, boilers, steam pipes and turbines that generated electricity, and the electrical wiring.  Asbestos containing products were used liberally in these plants because of the enormous amounts of heat generated from the burning of coal and natural gas.  Asbestos insulation was sprayed over much of the pipes and equipment.  For all of these reasons, power house operators, distributors, dispatchers, engineers, maintenance staff and other workers were often exposed to asbestos especially if they worked in power plants before the 1980’s.

An international group of researchers have provided recommendations for countries to create a mesothelioma registry. Mesothelioma registries are great tools to monitor the negative effects of asbestos. It can help to identify clusters of asbestos exposure. Registries can also track the impact of asbestos reduction programs. Asbestos Health Risks Asbestos is a naturally occurring mineral that has been found throughout the world. Even though it is toxic, it is used in manufacturing and construction in many countries around the world. Mesothelioma is a cancer that is caused by exposure to asbestos. It grows in the lining of organs like the lungs. Generally, those who develop mesothelioma show no signs of illness for a long time after their first exposure. It … END_OF_DOCUMENT_TOKEN_TO_BE_REPLACED