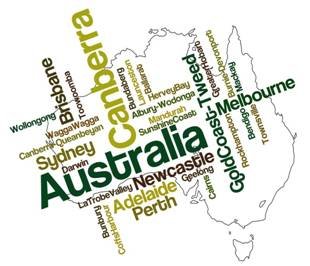 Australia’s long and tangled history with asbestos mining and manufacturing – the primary causes of malignant mesothelioma – dates back more than a century. While some other countries were beginning to curtail their own asbestos use because of health concerns, Australia’s asbestos industry was still ramping up. As a result, the country now has the highest rate of mesothelioma and other asbestos-related cancers of any country outside of the UK.

Although asbestos has not been mined in Australia for three decades and the substance is now banned, the incidence of mesothelioma and other asbestos diseases has climbed steadily since the 1960s, alarming public health officials. According to the first Australian Mesothelioma Registry report released in 2012, 612 cases of mesothelioma were diagnosed in 2011, a figure the AMR says is probably an underestimate. In contrast, in 1982 – the year before the last Australian asbestos mine closed its doors for good – only 156 new mesothelioma cases were reported.

Despite Australia’s staunch anti-asbestos stand today, experts predict those numbers will continue to rise, potentially killing another 25,000 Australians in the next four decades.

History of Asbestos Use

The history of asbestos in Australia is closely linked to James Hardie, a Scotsman who emigrated to the country in 1888 and whose company, James Hardie Industries, Ltd., dominated Australia’s asbestos industry for most of the 20th century. Although Hardie himself retired in 1911, his company became well known for its asbestos cement products, insulation, brake linings and other building products. At the peak of its asbestos empire, James Hardie ran plants in New South Wales, South Australia, Victoria, Queensland and Western Australia.

But problems soon began to arise for Australians who worked for James Hardie and other companies with major asbestos operations. As early as 1935, the Inspector of Factories and Shops in Western Australia issued the first report on the negative effect of asbestos dust on the lungs of workers in the James Hardie Factory in Perth.

And that was only the beginning. By the time former James Hardie worker and mesothelioma victim Bernie Banton began campaigning for victims’ rights in the early 2000’s, the company’s mesothelioma compensation fund was grossly inadequate to cover all its sick workers. After a legal battle that lasted more than ten years and prompted a made-for-TV movie, seven former James Hardie directors were found guilty of lying about the fund. In 2004, the company negotiated what is believed to the largest personal injury settlement in Australia’s history.

Ignoring early evidence of asbestos toxicity, in 1943, the CSR company began mining for crocidolite, so-call ‘blue’ asbestos, in Wittenoom – a town whose name has since become synonymous with asbestos disaster and has been removed from the country’s maps. Between 1961 and 1965, more than 100 cases of lung disease were reported among those who had worked in the dusty Wittenoom mine, more than for all other mines in Western Australia.

Over the course of its more than 20-year history, 7,000 people worked at the Wittenoom plant, which finally closed in 1966. By 1986, 85 Wittenoom plant workers had died of malignant mesothelioma and it is estimated that, by 2020, as many as 700 people could contract mesothelioma or another asbestos disease because of exposure in Wittenoom. Deeming it too expensive and too dangerous to clean up the heavily contaminated site, the state government has now closed the town permanently.

In the wake of rising mesothelioma rates and public outcries over cases such as Bernie Banton’s, Australia now takes a hard line on asbestos. All forms of asbestos have been banned from building products since 1989 and from automotive gaskets and brake linings since 2003. Today, asbestos is no longer imported, used or recycled in Australia. In fact, in one recent case, Chinese auto manufacturers were forced to scrap plans to test their cars and trucks in Australia after it was discovered that some contained small asbestos gaskets in their engines.

In spite of the ban, the risk of mesothelioma remains very real in Australia. A recent government report estimated that any building built before 1990 is likely to contain at least some asbestos. A strong and corrosion-resistant strengthener and insulator, asbestos can still be found in cement, insulation, joint compound, wall paint, floor and ceiling tiles and shingles.  Sanding, drilling or attempting to remove these materials can produce mesothelioma-causing dust.

Although workplace exposure continues to be the most common cause of mesothelioma in Australia, the Australian government is increasingly concerned about what some are calling a ‘third wave’ of mesothelioma victims. This ‘third wave’ includes mesothelioma patients who have experienced either short-term asbestos exposure (such as during a home renovation project) or longer-term low-level exposure from living in or around deteriorating asbestos. Faced with a rising number of such cases, in 2012, the Australian government launched a national advertising campaign warning do-it-yourself homeowners not to make renovations without having asbestos professionally removed first.

But it may not be that easy to avoid asbestos in some parts of Australia. In New South Wales, where the Woods Reef open-cut asbestos mine has been left largely untouched since 1983, mesothelioma rates are rising among younger people, many of whom have never worked with or around asbestos. Local officials there warn that the number of people killed in car accidents could soon be “dwarfed” by those dying of asbestos related diseases.

Australia’s construction trade unions are taking the lead in calling for an asbestos-free future in Australia. Hard hit by mesothelioma and other asbestos diseases for decades, the Australian Council of Trade Unions (ACTU) wants the government to rid the country of asbestos by 2030. In 2010, the group formally called for a National Asbestos Taskforce, a comprehensive national audit of all asbestos-containing buildings, and a systematic removal process that would begin with government-owned buildings and public dump sites.

In response, the Australian government established the Office for Asbestos Safety in 2012 and released  a first draft of the National Strategic Plan for Asbestos Awareness and Management in April. The plan outlines the identification, management and removal of asbestos in the country, although it does not establish a timeline. Several government research projects are now underway that examine current infrastructure and study community awareness and attitudes about asbestos.

A Canadian study found that tracking trends in mesothelioma at the local level can help officials predict future mesothelioma cases. Most mesothelioma tracking efforts focus on the national scale and monitor cases across a country or region. This study, published in Cancer Causes and Control, looked at mesothelioma cases based on industrial sources of asbestos in Ontario and British Columbia. Growing Number of Cases Asbestos is a toxic material that is used in many commercial and industrial products. It’s durability and heat resistance made it very popular in products like construction materials, textiles, and vehicles. Mesothelioma is a deadly cancer caused by exposure to asbestos. It was first identified as a cancer-causing material in 1977 by the International Agency for … END_OF_DOCUMENT_TOKEN_TO_BE_REPLACED