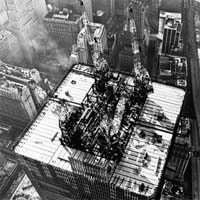 First responders and others who have contracted malignant mesothelioma because of their exposure to asbestos during the 9/11 attacks in New York are now eligible for government compensation under the Zadroga act. The announcement was made by the National Institute of Occupational Safety and Health on the eve of the 11th anniversary of the attacks. The Zadroga Act, approved by Congress in 2012, was designed to help those were made sick because of the World Trade Center attack. Initially, the $2.8 billion fund was not available to people who contracted any type of cancer. Scientists had said there was little evidence to suggest that the toxic dust cloud created by the collapse and burning of the two buildings could cause cancer. But … END_OF_DOCUMENT_TOKEN_TO_BE_REPLACED