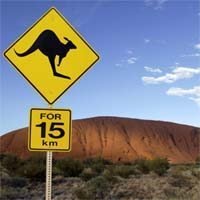 Australian construction company James Hardie says a rise in mesothelioma claims from former workers exposed to asbestos on the job is not affecting its bottom line. The company recently released its semi-annual profit statement to the Australian stock exchange. The report shows that James Hardie has doubled its profits from the first half of 2013, despite the fact that the number of mesothelioma-related asbestos claims has risen above company expectations. Company profits were reported to be $108.3 million from April to September. Quoted in the Sydney Morning Herald, James Hardie CFO Russell Chenu said, “We have seen some concerning trends in mesothelioma claims, which we have highlighted previously. We’ve now got a better handle on the ‘what’ and the ‘how’, … END_OF_DOCUMENT_TOKEN_TO_BE_REPLACED

A Canadian study found that tracking trends in mesothelioma at the local level can help officials predict future mesothelioma cases. Most mesothelioma tracking efforts focus on the national scale and monitor cases across a country or region. This study, published in Cancer Causes and Control, looked at mesothelioma cases based on industrial sources of asbestos in Ontario and British Columbia. Growing Number of Cases Asbestos is a toxic material that is used in many commercial and industrial products. It’s durability and heat resistance made it very popular in products like construction materials, textiles, and vehicles. Mesothelioma is a deadly cancer caused by exposure to asbestos. It was first identified as a cancer-causing material in 1977 by the International Agency for … END_OF_DOCUMENT_TOKEN_TO_BE_REPLACED