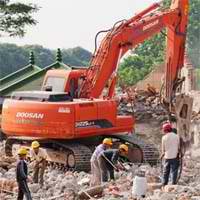 Do not take the dangers of asbestos for granted. That warning comes directly from the Environmental Protection Agency (EPA) which admits to having done exactly that when it experimented with relaxing some of its own regulations for safe asbestos handling. EPA began regulating asbestos use after the material was linked to mesothelioma and a range of other health problems in the 1960’s. Airborne asbestos fibers can lodge in the lungs, triggering mesothelioma even decades after exposure. Despite the danger, beginning in 1999, EPA considered alternative methods to “augment” the Asbestos National Emission Standards for Hazardous Air Pollutants, the act that governs asbestos handling during demolition. The alternative methods considered, including the Fort Worth Method and the Alternative Asbestos Control Method, leave some … END_OF_DOCUMENT_TOKEN_TO_BE_REPLACED

An international group of researchers have provided recommendations for countries to create a mesothelioma registry. Mesothelioma registries are great tools to monitor the negative effects of asbestos. It can help to identify clusters of asbestos exposure. Registries can also track the impact of asbestos reduction programs. Asbestos Health Risks Asbestos is a naturally occurring mineral that has been found throughout the world. Even though it is toxic, it is used in manufacturing and construction in many countries around the world. Mesothelioma is a cancer that is caused by exposure to asbestos. It grows in the lining of organs like the lungs. Generally, those who develop mesothelioma show no signs of illness for a long time after their first exposure. It … END_OF_DOCUMENT_TOKEN_TO_BE_REPLACED