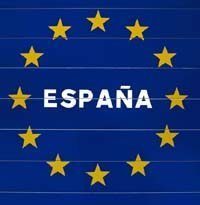 New research in Spain suggests that mesothelioma deaths will continue in the country until the “last surviving member” of the group of people exposed to occupational asbestos succumbs to the disease. Like many countries, Spain used asbestos heavily in the first half of the 20th century, especially in construction, where the mineral was prized for its durability, low cost, and resistance to fire and corrosion.  Asbestos was banned in Spain in 2002. Observing that more than 2.5 million metric tons of asbestos were imported into Spain from 1906 to 2002, researchers say deaths from mesothelioma have risen steadily. Between 1976 and 1980, a total of 491 Spanish people died of mesothelioma. By the 5-year period from 2006 to 2010, that … END_OF_DOCUMENT_TOKEN_TO_BE_REPLACED

The MESOMICS project is the most comprehensive dataset of mesothelioma genomics to date. The data in this resource can help researchers to design precision treatments for mesothelioma patients This project was created by an international collaboration between scientists from France, Chile, and the United States. Understanding Diagnosis Malignant pleural mesothelioma is a rare cancer caused by asbestos exposure. There are approximately 2,000 cases of mesothelioma diagnosed in the United States alone every year. Because it is so rare, the treatment options are very limited compared to other types of cancer. The limited treatment options combined with the cancer’s ability to spread without being noticed makes mesothelioma a deadly disease. Median overall survival for mesothelioma patients is a little over a … END_OF_DOCUMENT_TOKEN_TO_BE_REPLACED