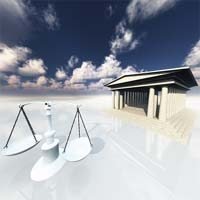 Some large mesothelioma settlements this summer have resulted in more $25 million for victims of the disease from coast to coast. In New Orleans, former shipyard worker Leopold Granier, Jr. won his $1.5 million suit against Union Carbide, Avondale Shipyards and Cajun Insulation, alleging that the companies were negligent in allowing his exposure to cancer-causing asbestos.  Granier worked at the Avondale shipyard, which was once the largest employer in the state of Louisiana.  The jury found that the companies named in the suit produced products that were a “substantial and contributing cause” of Granier’s mesothelioma.  The shipyard is slated to close in 2013 because of reduced business from the Navy. In San Diego, a 70-year old Navy veteran won a $2.4 million … END_OF_DOCUMENT_TOKEN_TO_BE_REPLACED

Five out of ten Korean oncologists surveyed feel positive about using an aerosolized chemotherapy system called PIPAC for mesothelioma and other types of cancer. PIPAC stands for pressurized intraperitoneal aerosol chemotherapy. The system turns liquid chemotherapy drugs into a spray that can be applied with a nebulizer. It was developed to treat surface malignancies like peritoneal mesothelioma that can be hard to treat with standard methods.  PIPAC can be used in conjunction with mesothelioma surgery or by itself as either a palliative or curative treatment.  The technology is still very new. Many doctors have never used it. But research conducted by the Seoul National University College of Medicine shows Korean doctors are ready to embrace it. How Spray-on Chemotherapy Works … END_OF_DOCUMENT_TOKEN_TO_BE_REPLACED