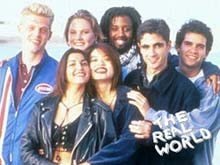 Sean Sasser, who first came to attention as the boyfriend of MTV star Pedro Zamora in 1994, has died of mesothelioma at the age of 44. Sasser was not a full cast member of MTV’s popular The Real World: San Francisco but Zamora, one of the first openly-gay men on American television, was. Their televised marriage ceremony in 1994 became what CNN calls “a landmark moment in TV history”.  After Zamora died of AIDS a year later, Sasser went on to become an outspoken AIDS activist and a notable pastry chef. Sasser himself had lived with AIDS for more than 25 years. He was diagnosed with Stage IV mesothelioma in June, following a blood test which revealed an “abnormality”. Mesothelioma, … END_OF_DOCUMENT_TOKEN_TO_BE_REPLACED

An international group of researchers have provided recommendations for countries to create a mesothelioma registry. Mesothelioma registries are great tools to monitor the negative effects of asbestos. It can help to identify clusters of asbestos exposure. Registries can also track the impact of asbestos reduction programs. Asbestos Health Risks Asbestos is a naturally occurring mineral that has been found throughout the world. Even though it is toxic, it is used in manufacturing and construction in many countries around the world. Mesothelioma is a cancer that is caused by exposure to asbestos. It grows in the lining of organs like the lungs. Generally, those who develop mesothelioma show no signs of illness for a long time after their first exposure. It … END_OF_DOCUMENT_TOKEN_TO_BE_REPLACED