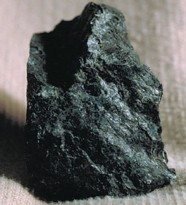 People opposed to a proposal to drop serpentine as California’s official state rock are making their voices heard.  But the asbestos awareness group that helped craft the legislation says the debate is actually helping to fuel their cause. Linda Reinstein is co-founder of the Asbestos Disease Awareness Organization (ADAO), the largest independent organization dedicated to preventing asbestos-related diseases through education and legislation.  The group worked with California legislators to draft Senate Bill 624 which would strip serpentine – the host rock for the toxic mineral asbestos – of the title it has held since 1965. “This is a symbolic move meant to show support for patients and for families who have lost loved one to asbestos-related diseases,” says Reinstein.  “California … END_OF_DOCUMENT_TOKEN_TO_BE_REPLACED

Researchers in Iran tested the safety of a new version of the drug pemetrexed in patients with non-small cell lung cancer and malignant pleural mesothelioma. This drug is used to treat these patients when they are not able to get surgery for their cancer. The researchers were able to determine that pemetrexed is safe in patients with non-squamous non-small cell lung cancer. Treatment Choices Malignant pleural mesothelioma is a lung-related cancer like non-small cell lung cancer. It is caused by exposure to asbestos. Treatment for mesothelioma usually involves chemotherapy, radiation therapy, and surgery. Patients may receive more than one type of treatment. This is called multimodal therapy. Pemetrexed is a chemotherapy drug that interrupts the cell replication process that helps … END_OF_DOCUMENT_TOKEN_TO_BE_REPLACED