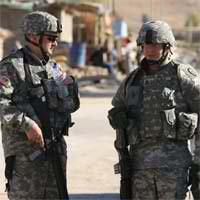 Calling it one of the “most knowledgeable organizations in the world regarding the health hazards of asbestos,” a San Francisco-based chemical risk assessment company says that the U.S. Navy was ahead of the curve in attempting to protect veterans and civilians from mesothelioma in the 1960’s.  Ships of that era were heavily laden with asbestos, making Navy veterans among the most common victims of mesothelioma, the most serious of the diseases caused by asbestos exposure. But according to Kara Franke and Dennis Paustenbach who examined dozens of published and unpublished documents on asbestos knowledge from 1900 to 1970, the Navy understood the health hazards of asbestos as early as the 1930’s. Although they continued to require its use on ships, the Navy … END_OF_DOCUMENT_TOKEN_TO_BE_REPLACED