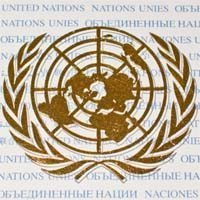 The link between chrysotile asbestos and illnesses such as mesothelioma will be high on the agenda when the sixth UN Rotterdam Convention meets in Geneva, Switzerland in late April. The group, made up of representatives from around the world, will be considering whether or not chrysotile or white asbestos will finally be added to the list of Controlled Hazardous Substances. The Rotterdam Convention was assembled in 2002 with the goal of protecting people and the environment from toxic chemicals like asbestos. However, in order to include chrysotile asbestos on the list, the vote of all represented countries must be unanimous. In the past, countries that still export, import or use asbestos, including Canada, Brazil, Russia and India, have worked to keep chrysotile … END_OF_DOCUMENT_TOKEN_TO_BE_REPLACED

Researchers in Iran tested the safety of a new version of the drug pemetrexed in patients with non-small cell lung cancer and malignant pleural mesothelioma. This drug is used to treat these patients when they are not able to get surgery for their cancer. The researchers were able to determine that pemetrexed is safe in patients with non-squamous non-small cell lung cancer. Treatment Choices Malignant pleural mesothelioma is a lung-related cancer like non-small cell lung cancer. It is caused by exposure to asbestos. Treatment for mesothelioma usually involves chemotherapy, radiation therapy, and surgery. Patients may receive more than one type of treatment. This is called multimodal therapy. Pemetrexed is a chemotherapy drug that interrupts the cell replication process that helps … END_OF_DOCUMENT_TOKEN_TO_BE_REPLACED