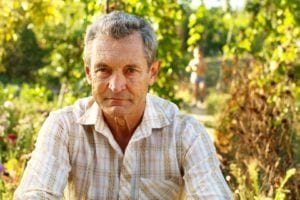 The latest report on cancer death rates in the US is both good and bad news for people with malignant mesothelioma.

The good news is that the rate of death from all types of cancer has declined in recent years. This is true for both men and women of all races. Better drugs and improved screening tools are some of the reasons.

The bad news for people with mesothelioma is that the likelihood of dying from it is not declining as rapidly as overall cancer death rates. Asbestos cancer continues to confound cancer researchers around the world.

Malignant mesothelioma is one of the rarest cancers in the US. That is fortunate because the cancer death rates from this malignancy continue to be very high. About 3,000 people receive a mesothelioma diagnosis every year – about 0.02% of all US cancer cases. Most newly diagnosed mesothelioma patients die within 18 months of diagnosis.

The new report in The Journal of the National Cancer Institute shows overall lung cancer death rates declining. Lung cancer and malignant melanoma were the two cancers with the biggest declines in mortality. The rates of death from those cancers alone account for most of the overall decline in cancer deaths.

Cancer Death Rates By the Numbers

“The continued decline in cancer death rates should be gratifying to the cancer research community, as evidence that scientific advances over several decades are making a real difference in outcomes at the population level,” said NCI director Norman Sharpless, MD, in a news release.

Mesothelioma Has Not Kept Up

But malignant mesothelioma has not kept up with those trends. A 2017 report from the CDC shows more than 45,000 Americans died of mesothelioma between 1999 to 2015.

More people died of mesothelioma in 2015 than in 1999. One reason is that mesothelioma can take decades to develop. By 2015, more time had passed since their exposure, so more people were getting sick.

Men still get mesothelioma more often than women do. This is because more of them worked in jobs that exposed them to asbestos. The few women who contract mesothelioma are twice as likely to survive as men.

The new report on cancer death rates gives several possible reasons for the recent declines. In addition to prevention and better screening tools, the report says new treatments like immunotherapy have helped.

Unfortunately, there are no routine screening tests or preventative steps for mesothelioma (other than avoiding asbestos). But the FDA did approve new immunotherapy drugs for mesothelioma in 2020. It is too early to know if these drugs will make a measurable difference in mesothelioma mortality rates.

The MESOMICS project is the most comprehensive dataset of mesothelioma genomics to date. The data in this resource can help researchers to design precision treatments for mesothelioma patients This project was created by an international collaboration between scientists from France, Chile, and the United States. Understanding Diagnosis Malignant pleural mesothelioma is a rare cancer caused by asbestos exposure. There are approximately 2,000 cases of mesothelioma diagnosed in the United States alone every year. Because it is so rare, the treatment options are very limited compared to other types of cancer. The limited treatment options combined with the cancer’s ability to spread without being noticed makes mesothelioma a deadly disease. Median overall survival for mesothelioma patients is a little over a … END_OF_DOCUMENT_TOKEN_TO_BE_REPLACED