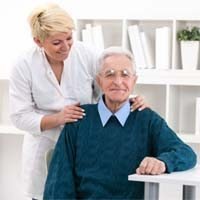 There is new evidence that re-treatment with Alimta (pemetrexed) can significantly prolong survival for people with peritoneal mesothelioma, even after their cancer has come back.

Cancer researchers in Zagreb, Croatia recently published the case report of a 45-year-old patient who lived for more than four years after a diagnosis of advanced peritoneal mesothelioma. His doctors credit his survival to cytoreductive surgery, intraperitoneal chemotherapy, and several rounds of systemic chemotherapy with Alimta after he relapsed.

In recent years, a mesothelioma treatment approach combining cytoreductive surgery and heated chemotherapy (also known as HIPEC) applied directly to the tumor site during surgery has become increasingly popular, due to its impressive survival statistics.

However, as with pleural mesothelioma which affects the lining around the lungs, there is no universally accepted second-line treatment for peritoneal mesothelioma after recurrence.

Pemetrexed, whose brand name is Alimta, is the first and still the only drug specifically approved for the treatment of malignant mesothelioma. Approved by the FDA in 2004, the anti-folate has become the standard of care for mesothelioma patients around the world. It can be used by itself to treat mesothelioma, but is often paired with a platinum-based chemotherapy drug like cisplatin or carboplatin.

In the new University of Zagreb case report, after treatment with surgery and HIPEC, the patient received systemic Alimta which temporarily stopped the progression of his mesothelioma.

Because his mesothelioma responded so well to Alimta the first time around, when the patient eventually did relapse, his doctors treated him with more Alimta, this time in combination with cisplatin.

“Although the intent behind systemic treatment was at first solely palliative, overall survival after the initial diagnosis was 50 months,” writes the report’s author, oncologist Dr. Milena Peitl in the Indian Journal of Medical and Paediatric Oncology.

The report concludes that treating recurrent peritoneal mesothelioma with additional Alimta “can result in a quite satisfactory disease control and symptom management.”

Peritoneal Mesothelioma Around the World

In 2014, German researchers published the case report of a female mesothelioma patient whose advanced peritoneal mesothelioma showed “a complete pathological response” to intense treatment with pemetrexed and cisplatin, both systemically and as a HIPEC treatment.

An estimated 2,500 to 3,000 people in the US are diagnosed with mesothelioma each year. About 500 of them have peritoneal mesothelioma. In almost all cases, patients were exposed to asbestos in their workplace.

Despite the close association between asbestos and mesothelioma, asbestosis, pleural plaques, and lung cancer, asbestos has not been banned in the US.

A Canadian study found that tracking trends in mesothelioma at the local level can help officials predict future mesothelioma cases. Most mesothelioma tracking efforts focus on the national scale and monitor cases across a country or region. This study, published in Cancer Causes and Control, looked at mesothelioma cases based on industrial sources of asbestos in Ontario and British Columbia. Growing Number of Cases Asbestos is a toxic material that is used in many commercial and industrial products. It’s durability and heat resistance made it very popular in products like construction materials, textiles, and vehicles. Mesothelioma is a deadly cancer caused by exposure to asbestos. It was first identified as a cancer-causing material in 1977 by the International Agency for … END_OF_DOCUMENT_TOKEN_TO_BE_REPLACED