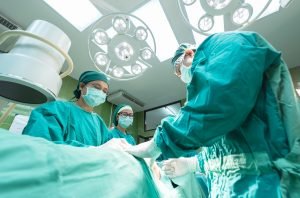 A new Swiss report on the two major types of mesothelioma surgery appears to raise as many questions as it answers, adding fuel to the fire in the ongoing debate over surgical technique.

While thoracic surgeons around the world remain divided over the best type of surgery for the asbestos cancer,  the report suggests that the two primary curative approaches have similar rates of complications and relapse and that the data on survival has yet to be confirmed.

The findings are part of a 16-year University of Zurich study of the the two major types of surgical mesothelioma treatment – extrapleural pneumonectomy (EPP), which involves the removal of the diseased lung as well as the mesothelioma tumor, the pleural lining, the diaphragm, and other tissues, and lung-sparing pleurectomy/decortication (P/D).

The study, which ran from September 1999 through August 2015, included pleural mesothelioma patients who received multimodality treatment including platinum-based chemotherapy and either EPP or P/D surgery.

Results of the Mesothelioma Surgery Study

The rate of serious complications, also referred to as “major morbidity”, was similar in the two groups of mesothelioma patients, although those  who underwent EPP did experience more severe post-surgical problems and tended to be in intensive care longer.

Even so, the 90-day mortality rate was not statistically significant between the mesothelioma patients who had EPP and those who underwent the more conservative P/D surgery.

In fact, the mesothelioma patients who had P/D were more likely to experience air leak, a condition where air escapes from the normal pulmonary airspaces, for 10 days or more after surgery.

Just as importantly, even though EPP is a larger and more extensive type of mesothelioma operation, it took about the same amount of time for mesothelioma to recur in both sets of patients – 15 months in those who had EPP and 13 months in the P/D group.

What About Mesothelioma Survival?

The results regarding mesothelioma survival after the two types of surgery were murkier. On the surface, it looked as though the patients who underwent P/D lived significantly longer than those who had EPP (32 months compared to 23 months).

But a closer look at the data reveals weaknesses that cast doubt on the findings.

“In the P/D group, many cases were censored and the follow-up time was relatively short,” writes lead researcher Dr. Arthur Kostron in the journal Interactive Cardiovascular and Thoracic Surgery. “Overall survival needs to be confirmed in a large patient group with longer follow-up.”

Because both types of mesothelioma surgery are extensive, they are typically reserved for mesothelioma patients whose tumors have not spread too far and who are in overall good health with few comorbidities.

Researchers in Iran tested the safety of a new version of the drug pemetrexed in patients with non-small cell lung cancer and malignant pleural mesothelioma. This drug is used to treat these patients when they are not able to get surgery for their cancer. The researchers were able to determine that pemetrexed is safe in patients with non-squamous non-small cell lung cancer. Treatment Choices Malignant pleural mesothelioma is a lung-related cancer like non-small cell lung cancer. It is caused by exposure to asbestos. Treatment for mesothelioma usually involves chemotherapy, radiation therapy, and surgery. Patients may receive more than one type of treatment. This is called multimodal therapy. Pemetrexed is a chemotherapy drug that interrupts the cell replication process that helps … END_OF_DOCUMENT_TOKEN_TO_BE_REPLACED