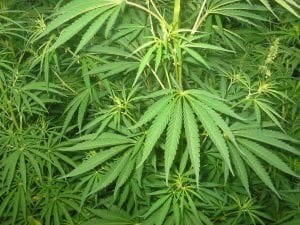 A new survey suggests that medical marijuana is gaining acceptance among doctors who treat malignant mesothelioma and other types of cancer, opening the door for more patients to explore its potential to manage their disease.

The survey of 400 oncologists conducted by the American Society of Clinical Oncology found that as many as 80 percent of the 237 respondents have discussed medical marijuana with their patients. The survey found this was usually because a patient brought it up.

Unfortunately for mesothelioma patients, the survey also revealed that fewer than one in three doctors felt knowledgeable enough about medical marijuana to make a recommendation.

“We need to bridge this gap so oncologists have the unbiased information they need to assist with decision-making related to medical marijuana use,” said study author Ilana Braun, MD, of the Dana-Farber Cancer Institute in a news release.

The good news to come out of the survey for people facing a mesothelioma diagnosis is that, if they are interested in integrating medical marijuana into their treatment, they are more likely to find that their doctor is open to the idea, especially if they live in a Western state where medical marijuana is legal.

Nearly half (46%) of the survey respondents say they had recommended medical marijuana to cancer patients within the past year.

The survey also revealed that:

Patients Stories of Marijuana in Cancer

Like other medicinal plants, marijuana contains hundreds of active ingredients, any combination of which may play a role in fighting intractable cancers like malignant mesothelioma.

Although there have been no studies of whole-plant marijuana in mesothelioma treatment, a number of studies have been conducted on cancer and cannabinoids, products derived from one or two of the active ingredients (typically CBD and THC) in the marijuana plant.

Meanwhile, the anecdotal evidence about the plant and/or its constituents continues to mount among patients with malignant mesothelioma and similar cancers.

Just this week, the UK news site Express reports the case of a lung cancer patient who claims to have significantly reduced the size of his tumor using cannabidiol (CBD oil), a type of cannabinoid.

According to the article, 83-year-old Gary Hill of Staffordshire was diagnosed with lung cancer almost two years ago, at which time his oncologist predicted that he would not survive more than a year without standard cancer treatment.

After using three to nine drops of CBD oil under his tongue several times a day over the course of a month, Hill says a radiology report showed “near total resolution” of a mass in his left lung and his lymph nodes had shrunk to normal size.

Despite the growing number of stories like Hill’s, and the fact that the American Cancer Society acknowledges: “Certain cannabinoids may slow growth and reduce spread of some forms of cancer”, the US Drug Enforcement Administration still lists marijuana and its cannabinoids as Schedule I controlled substances.

Leaders at ASCO say it is time for that to change.

“It’s clear from this study that patients and their families want to know more about medical marijuana for the treatment of cancer-related symptoms, and often initiate discussions with their oncologists,” concludes Andrew Epstein, MD, ASCO’s patient care expert. “This study highlights the important need for more research on the use of medical marijuana in oncology, so we can provide informed guidance and care that meets all of our patients’ needs.”

Certain types of biomarkers can help doctors predict the best chemotherapy treatment for patients with malignant pleural mesothelioma. Researchers from Cairo University in Egypt looked at 91 mesothelioma patients. They tested two different chemotherapy drug combinations: pemetrexed plus cisplatin and gemcitabine plus cisplatin. FDA Approved Treatment Options Mesothelioma is a rare cancer caused by asbestos and standard therapies are limited. Most mesothelioma patients have chemotherapy as their first-line treatment. If they are healthy enough, they may also have surgery or radiation therapy. Chemotherapy is a group of toxic drugs that kill cells by damaging their DNA. As of this writing, the only FDA approved chemotherapy for malignant pleural mesothelioma is a combination of pemetrexed and cisplatin. Gemcitabine is not an … END_OF_DOCUMENT_TOKEN_TO_BE_REPLACED