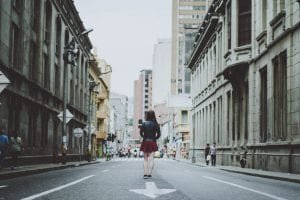 City dwellers are no more likely to contract malignant pleural mesothelioma from asbestos dust in the air than people who live in rural areas – even though there is more asbestos dust in cities.

That is the conclusion of a new study published in the journal Risk Analysis.

The study was based on the fact that so-called “ambient asbestos”, or asbestos fibers that are free in the environment as dust, is known to be up to ten times higher in urban areas.

Asbestos, a fibrous mineral once widely used in building products in the US, is the primary cause of malignant mesothelioma around the world. Once asbestos fibers are breathed in or swallowed, they tend to stay in the tissues, causing long-term irritation and inflammation that can result in mesothelioma even decades later.

Although most asbestos exposure happens in the workplace,  a certain amount of asbestos is known to be free in the environment as dust. In general, there is more of this dust in cities, where there are more asbestos-containing buildings.

To measure the impact of this ambient asbestos on malignant pleural mesothelioma rates, researchers at Cardno ChemRisk decided to focus on women, who were less likely, as a gender, to have been exposed to asbestos at work.

The team used the US government’s SEER database to calculate standardized incidence rates for malignant pleural mesothelioma in both men and women in rural and urban areas over the course of 40 years.

In fact, the study found no statistically significant difference in the rates of pleural mesothelioma in women between the rural and urban areas during the period from 1973 to 2012.

“The results suggest that differences in ambient asbestos concentrations, which have been reported to be 10-fold or greater across regions in the United States, have not influenced the risk of pleural mesothelioma,” concludes Meghan E. Glynn of Cardno ChemRisk in Chicago, lead author on the paper.

Malignant mesothelioma is the most deadly of several diseases caused by exposure to asbestos. There are about 2,500 new cases of mesothelioma annually in the US.

Researchers in Iran tested the safety of a new version of the drug pemetrexed in patients with non-small cell lung cancer and malignant pleural mesothelioma. This drug is used to treat these patients when they are not able to get surgery for their cancer. The researchers were able to determine that pemetrexed is safe in patients with non-squamous non-small cell lung cancer. Treatment Choices Malignant pleural mesothelioma is a lung-related cancer like non-small cell lung cancer. It is caused by exposure to asbestos. Treatment for mesothelioma usually involves chemotherapy, radiation therapy, and surgery. Patients may receive more than one type of treatment. This is called multimodal therapy. Pemetrexed is a chemotherapy drug that interrupts the cell replication process that helps … END_OF_DOCUMENT_TOKEN_TO_BE_REPLACED