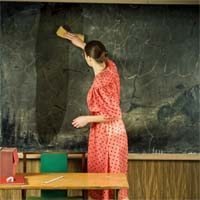 A recent mesothelioma diagnosis in the UK once again dramatically highlights the fact that even a small amount of asbestos can be deadly.

Sixty-three-year-old school teacher Marion Potts of Brockenhurst died of mesothelioma in a Southampton hospital in June. According to an article in The Mirror, the Coroner recorded a verdict of “death from an industrial disease” after hearing evidence last week that Potts actually saw asbestos dust being released when she pinned work on the classroom walls. Most recently, Potts was head of the English department at Romsey School in Hampshire until her retirement two years ago.

Mesothelioma is a growing threat among school teachers, administrators, maintenance workers, and even students in British schools. A government report released last year indicated that 75% of the country’s schools – many of them built when asbestos use was at its peak in the 1950s and 60s – contain the potentially deadly material. Before the link between asbestos and mesothelioma was well known, asbestos was a popular component in building materials, including floor and ceiling tiles and insulation in walls and ceilings.

The asbestos contained in the walls of schools and other buildings is not considered a threat when it is intact and enclosed behind walls. But as school buildings age and brittle asbestos is inadvertently exposed, many are concerned that mesothelioma could become an even greater risk for lifetime teachers like Potts.

In the UK, as in other countries, mesothelioma is most common among industrial workers, particularly those who worked in construction, shipbuilding, and manufacturing. Area news organizations say the Potts case is thought to be the first case of mesothelioma in a teacher in Southwest Hampshire. Officials from both of the schools where she worked most recently say their buildings are safe and do not present a mesothelioma risk. The UK has the world’s highest per capita rate of mesothelioma.

An international group of researchers have provided recommendations for countries to create a mesothelioma registry. Mesothelioma registries are great tools to monitor the negative effects of asbestos. It can help to identify clusters of asbestos exposure. Registries can also track the impact of asbestos reduction programs. Asbestos Health Risks Asbestos is a naturally occurring mineral that has been found throughout the world. Even though it is toxic, it is used in manufacturing and construction in many countries around the world. Mesothelioma is a cancer that is caused by exposure to asbestos. It grows in the lining of organs like the lungs. Generally, those who develop mesothelioma show no signs of illness for a long time after their first exposure. It … END_OF_DOCUMENT_TOKEN_TO_BE_REPLACED