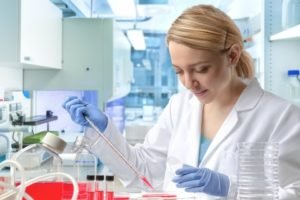 A new form of immunotherapy using a patient’s own cells is making headlines this month after a new study shows it may help some people with advanced lung cancer.

Like pleural mesothelioma, non-small cell lung cancer is a virulent form of cancer that is hard to treat. Even the newest immunotherapy drugs have had only moderate success.

The new form of immunotherapy is the subject of an article in the journal Nature Medicine. It details the hopeful results of patients in a small Phase I pilot trial of the treatment. If it is proven to work for lung cancer, it could be good news for mesothelioma patients, too.

Tumor-infiltrating lymphocytes (TILs) are immune cells. They are inside tumors and are capable of killing cancer cells. Unfortunately, the body does not usually produce enough TILs to destroy lung cancer or mesothelioma tumors.

The new form of immunotherapy involves two steps to harness the power of TILs. The first step is to extract and replicate TILs outside the body and reinfuse them into the patient.

The second step relies on an immunotherapy drug. Pleural mesothelioma and lung cancer cells produce proteins to protect themselves against immune system attack. Immune checkpoint inhibitors block the action of these proteins to “unmask” tumors. This makes it possible for immune cells to do even more damage.

“The TILs give the immune system a boost by providing more T cells to mount an attack, and the checkpoint inhibitor prevents the tumor from inactivating the T cells that infiltrate the tumor,” says Eric Haura, MD, one of the authors of the new report.

Testing the New Form of Immunotherapy

The pilot study of this new form of immunotherapy for lung cancer took place at Florida’s Moffitt Cancer Center.

Then surgeons removed at least one of the patients’ lung cancer tumors and sent it to a lab. Some of their TILs were extracted, cultured, and grown. If patients’ tumors started to grow again after treatment with Opdivo, they received an infusion of their own TILs.

Of the 13 evaluable patients, 11 had a “reduction in tumor burden” with the new form of immunotherapy. Two patients responded so well that their tumors were still not growing a year-and-a-half later.

When doctors examined the patients’ tumors after TILs/immunotherapy treatment, they found plenty of active T-cells. The most responsive patients had the highest numbers of cancer-killing T-cells.

Dr. Haura and his colleagues conclude, “Cell therapy with autologous TILs is generally safe and clinically active and may constitute a new treatment strategy in metastatic lung cancer.”

The proof-of-concept study could open the door for similar tests in pleural mesothelioma patients.

The MESOMICS project is the most comprehensive dataset of mesothelioma genomics to date. The data in this resource can help researchers to design precision treatments for mesothelioma patients This project was created by an international collaboration between scientists from France, Chile, and the United States. Understanding Diagnosis Malignant pleural mesothelioma is a rare cancer caused by asbestos exposure. There are approximately 2,000 cases of mesothelioma diagnosed in the United States alone every year. Because it is so rare, the treatment options are very limited compared to other types of cancer. The limited treatment options combined with the cancer’s ability to spread without being noticed makes mesothelioma a deadly disease. Median overall survival for mesothelioma patients is a little over a … END_OF_DOCUMENT_TOKEN_TO_BE_REPLACED