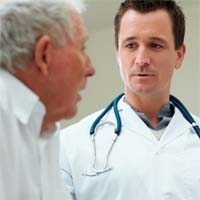 Although survival was not significantly extended, the chemotherapy drug vinorelbine might be a treatment option for mesothelioma patients whose cancer has returned after first-line chemotherapy with pemetrexed.

A new study on vinorelbine as a second-line treatment finds that the drug is “moderately active” in mesothelioma patients who were initially treated with pemetrexed-based chemotherapy. Pemetrexed (Alimta), along with a platinum-based drug like cisplatin, is the primary first-line drug therapy for mesothelioma. But vinorelbine is gaining attention as a possible option for mesothelioma, in part because it is available in a less expensive generic form.

In “Vinorelbine in pemetrexed-pretreated patients with malignant pleural mesothelioma”, the Italian authors detail the results of their study on 59 patients with unresectable pleural mesothelioma.  These patients had all been initially treated with pemetrexed and had a median age of 69. Because their mesothelioma had continued to progress, these patients were selected to receive vinorelbine every three weeks for a maximum of six cycles. In 34 cases, vinorelbine was their second-line treatment. The remaining 25 patients had already had more than one other kind of treatment, so vinorelbine was a further-line therapy.

In a third of the test subjects (20), vinorelbine stabilized the growth of their mesothelioma tumors. An additional nine patients experienced a “partial response”, making the overall rate of disease control with vinorelbine 49.1%.  However, the drug did not dramatically extend patient survival (overall survival was just 6.2 months).  Nonetheless, the researchers said it has an “acceptable toxicity profile”, causing mainly fatigue and constipation. A small number of patients experienced significant neutropenia, or a steep reduction in a certain type of white blood cell, but most side effects were less serious.

Not surprisingly, the mesothelioma patients who had the best response to vinorelbine as a second- or further-line treatment were those whose overall health was good to begin with and those who had experienced six or more months of progression-free survival after their first-line chemotherapy.

Vinorelbine inhibits tumor growth by interrupted mitosis, the process of chromosomal separation that is critical for cell division. The drug is derived from a plant called the rosy periwinkle and is marketed by Abbott Healthcare under the brand name Navelbine. It addition to mesothelioma, vinorelbine has also been used to treat breast and non-small cell lung cancer.

The MESOMICS project is the most comprehensive dataset of mesothelioma genomics to date. The data in this resource can help researchers to design precision treatments for mesothelioma patients This project was created by an international collaboration between scientists from France, Chile, and the United States. Understanding Diagnosis Malignant pleural mesothelioma is a rare cancer caused by asbestos exposure. There are approximately 2,000 cases of mesothelioma diagnosed in the United States alone every year. Because it is so rare, the treatment options are very limited compared to other types of cancer. The limited treatment options combined with the cancer’s ability to spread without being noticed makes mesothelioma a deadly disease. Median overall survival for mesothelioma patients is a little over a … END_OF_DOCUMENT_TOKEN_TO_BE_REPLACED