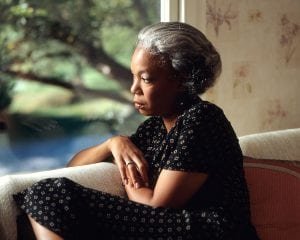 A new study on treatment disparities among lung cancer patients reflects a trend that has been documented among mesothelioma patients, as well; patients who are black or economically disadvantaged are less likely to get potentially life-saving treatments.

Like non-small cell lung cancer, pleural mesothelioma affects the lungs. The standard of care is for patients to have a combination of chemotherapy and radiotherapy. For malignant mesothelioma patients as well as those with lung cancer, surgery may also be recommended.

But a study conducted by researchers at Emory University in Atlanta, Georgia finds that the standard treatments are often not offered to elderly patients, especially if they are black and live in a poor area.

The study utilized data from the National Cancer Data Base and focused on non-small lung cancer patients who were 80 years old or older.

Researchers identified 12,641 patients with either stage IIIA or IIIB lung cancer diagnosed between 2004 and 2013. To be included in the analysis, their cancer treatment records and outcomes had to be available for review.

The most disturbing news is that 62.7% of these elderly lung cancer patients with Stage III lung cancer received no cancer-directed care at all. Being black and living in an area of lower educational levels were both associated with not receiving care.

As has been found in a number of mesothelioma studies, patients who sought care at larger academic centers were more likely to get the appropriate cancer treatment.

Unfortunately, the treatment of patients with malignant pleural mesothelioma also tends to leave some patients out.

A report conducted by cancer researchers in New York and released in 2015 found that, even though mesothelioma incidence is much lower among African Americans, black patients who do get the asbestos cancer tend to have worse survival rates.

Neither study addresses the reason for the disparity, but both contain a clear message for people with mesothelioma or lung cancer, regardless of race: Educate yourself about the standard of care for your disease and, if possible, seek treatment at a larger, academic medical center.

Malignant mesothelioma affects an estimated 2,500 people in the US each year. Most were inadvertently exposed to asbestos on the job decades earlier, often because of inadequate protective gear or training.

A Canadian study found that tracking trends in mesothelioma at the local level can help officials predict future mesothelioma cases. Most mesothelioma tracking efforts focus on the national scale and monitor cases across a country or region. This study, published in Cancer Causes and Control, looked at mesothelioma cases based on industrial sources of asbestos in Ontario and British Columbia. Growing Number of Cases Asbestos is a toxic material that is used in many commercial and industrial products. It’s durability and heat resistance made it very popular in products like construction materials, textiles, and vehicles. Mesothelioma is a deadly cancer caused by exposure to asbestos. It was first identified as a cancer-causing material in 1977 by the International Agency for … END_OF_DOCUMENT_TOKEN_TO_BE_REPLACED