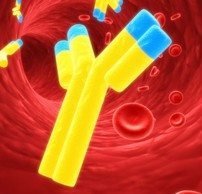 A drug granted accelerated FDA approval for the treatment of lymphomas appears to kill some types mesothelioma cells, too. Cancer researchers at Case Western Reserve University and Case Medical Center have just released some encouraging findings on the drug called brentuximab vedotin. Sold under the brand name Adcetris, brentuximab vedotin targets CD30, a protein that acts as a regulator of programmed cell death (apoptosis) by interacting with smaller proteins called cytokines. Certain cancers, including Hodgkin’s disease and anaplastic large cell lymphoma, have been found to overexpress CD30, making it easier for tumors to grow. Based on the success of brentuximab vedotin in lymphoma trials, and given the relatively low success rate of most standard mesothelioma treatments, the team elected to test the … END_OF_DOCUMENT_TOKEN_TO_BE_REPLACED

The MESOMICS project is the most comprehensive dataset of mesothelioma genomics to date. The data in this resource can help researchers to design precision treatments for mesothelioma patients This project was created by an international collaboration between scientists from France, Chile, and the United States. Understanding Diagnosis Malignant pleural mesothelioma is a rare cancer caused by asbestos exposure. There are approximately 2,000 cases of mesothelioma diagnosed in the United States alone every year. Because it is so rare, the treatment options are very limited compared to other types of cancer. The limited treatment options combined with the cancer’s ability to spread without being noticed makes mesothelioma a deadly disease. Median overall survival for mesothelioma patients is a little over a … END_OF_DOCUMENT_TOKEN_TO_BE_REPLACED