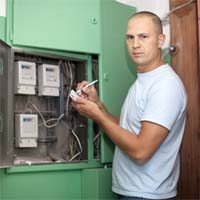 Calling the modification of electrical meter boxes a “game changer”, an official from Australia’s largest electricians union says workers should refuse to do it until the dangerous boxes have been inspected. Allen Hicks, Assistant National Secretary of the Electrical Trades Union, told the Sydney Morning Herald that asbestos-containing meter boxes are being modified more frequently because of renovations and that too many workers are not adequately protected against mesothelioma and other asbestos related diseases. The warning, which centers on the meter boxes in homes built before 1983, was issued after a New South Wales electrical company instructed its workers to wear masks around the boxes to minimize asbestos and mesothelioma risk. When the Electrical Trades Union learned of the warning, they advised … END_OF_DOCUMENT_TOKEN_TO_BE_REPLACED

The MESOMICS project is the most comprehensive dataset of mesothelioma genomics to date. The data in this resource can help researchers to design precision treatments for mesothelioma patients This project was created by an international collaboration between scientists from France, Chile, and the United States. Understanding Diagnosis Malignant pleural mesothelioma is a rare cancer caused by asbestos exposure. There are approximately 2,000 cases of mesothelioma diagnosed in the United States alone every year. Because it is so rare, the treatment options are very limited compared to other types of cancer. The limited treatment options combined with the cancer’s ability to spread without being noticed makes mesothelioma a deadly disease. Median overall survival for mesothelioma patients is a little over a … END_OF_DOCUMENT_TOKEN_TO_BE_REPLACED