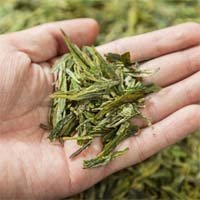 Another study appears to confirm the idea that a compound found in green tea may be a powerful tool for combatting malignant pleural mesothelioma. Epigallocatechin-3-gallate (EGCG) is a potent antioxidant found in abundance in green (though, not black) tea. It has long been thought to help fight cancer and other diseases by reducing the so-called free radicals produced during oxidative stress. Now, a new study conducted in Japan and published in Cancer Cell International finds that EGCG triggered cell death in five different human mesothelioma cell lines by doing just the opposite. “We found that EGCG induced apoptosis (cell death) in all five mesothelioma cell lines in a dose-dependent manner,” write the authors in a summary of their findings. “We further … END_OF_DOCUMENT_TOKEN_TO_BE_REPLACED

An international group of researchers have provided recommendations for countries to create a mesothelioma registry. Mesothelioma registries are great tools to monitor the negative effects of asbestos. It can help to identify clusters of asbestos exposure. Registries can also track the impact of asbestos reduction programs. Asbestos Health Risks Asbestos is a naturally occurring mineral that has been found throughout the world. Even though it is toxic, it is used in manufacturing and construction in many countries around the world. Mesothelioma is a cancer that is caused by exposure to asbestos. It grows in the lining of organs like the lungs. Generally, those who develop mesothelioma show no signs of illness for a long time after their first exposure. It … END_OF_DOCUMENT_TOKEN_TO_BE_REPLACED