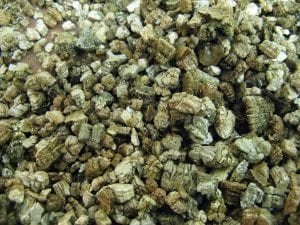 People who live in houses with loose-fill asbestos insulation may be up to five times more likely to eventually develop deadly malignant mesothelioma.

That is the finding of a 30-year Australian study of more than a million people in the Australian Capital Territory (ACT), where asbestos-containing insulation had been used in some houses.

The study found that, not only do residents of asbestos-insulated homes have a higher mesothelioma risk, but their chances of getting several others types of cancer were also elevated.

Mesothelioma Risk Among People Who Live with Asbestos Insulation

Researchers with the National Centre for Epidemiology and Population Health at Australian National University and the Australian Institute of Health and Welfare at the University of Canberra used the national Medicare database to identify 1,035,578 ACT residents.

The team then determined that 17,248 (2%) of these residents had lived in a home containing loose-fill asbestos insulation.  Seven of the 285 people diagnosed with mesothelioma had lived in one of these homes.

Although the numbers may sound small, lead researcher Rosemary J Korda, PhD, with Australian National University says they are significant.

“The adjusted incidence of mesothelioma in males who had lived at an affected property was 2·5 times that of unexposed males,” writes Dr. Korda in The Lancet Public Health. Interestingly, no cases of malignant mesothelioma were identified in women who had lived in affected homes.

These women did, however, face a higher risk of colorectal cancer. Men who had lived in these homes were also more likely to be diagnosed with prostate cancer.

Korda and her colleagues conclude that residential asbestos insulation “is likely to be unsafe” and say their findings have “important health, social, financial, and legal implications for governments and communities in which asbestos has been used to insulate houses.”

Public health experts have long warned about the dangers of handling or otherwise disturbing loose-fill insulation that might contain asbestos. But few studies have attempted to quantify the mesothelioma risk of having lived in a house with this insulation.

Unfortunately, the danger is not confined to Australia. Asbestos-contaminated vermiculite insulation was common the US (under the brand name Zonolite) until the 1990s when the Libby Mine where it was sourced was closed.

Tens of thousands of homes and public buildings still contain asbestos-contaminated insulation which may be raising the likelihood of a mesothelioma diagnosis for people who live in them.

Asbestos exposure  is the primary cause of both pleural and peritoneal mesothelioma worldwide. Usually,, that exposure happens at work.

In general, asbestos insulation is not considered a danger until it begins to break down and turn to dust. When that happens, even something as simple as putting a nail in a wall or hanging a light fixture can release potentially deadly asbestos dust.

Vermiculite insulation is in the form of tiny pellets and is typically grey-brown or silver-gold. Unlike puffy types of insulation, it lays flat and firm in the joist cavity.

Homeowners who suspect that their loose-fill insulation may contain asbestos should seek professional help to isolate or remove it in order to minimize the risk for malignant mesothelioma and other health problems.

Researchers in Iran tested the safety of a new version of the drug pemetrexed in patients with non-small cell lung cancer and malignant pleural mesothelioma. This drug is used to treat these patients when they are not able to get surgery for their cancer. The researchers were able to determine that pemetrexed is safe in patients with non-squamous non-small cell lung cancer. Treatment Choices Malignant pleural mesothelioma is a lung-related cancer like non-small cell lung cancer. It is caused by exposure to asbestos. Treatment for mesothelioma usually involves chemotherapy, radiation therapy, and surgery. Patients may receive more than one type of treatment. This is called multimodal therapy. Pemetrexed is a chemotherapy drug that interrupts the cell replication process that helps … END_OF_DOCUMENT_TOKEN_TO_BE_REPLACED