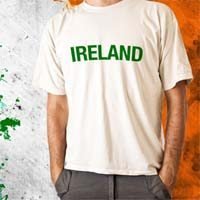 A study in Ireland confirms that it can take many years for a ban on asbestos to have a measurable impact on a country’s rates of malignant mesothelioma.

Mesothelioma is the most serious of a list of diseases – including lung cancer, pleural plaques, asbestosis, and others – linked with exposure to asbestos dust. Affecting the linings around the lungs and other organs, mesothelioma is often resistant to most cancer treatments and may be fatal within a year of diagnosis.

According to the International Ban Asbestos Secretariat, Ireland is one of 55 countries that have enacted some type of asbestos ban. However, although Ireland banned asbestos in 2000, a new study published in Cancer Epidemiology shows that incidence of the disease was still on the rise as of 2009.

Cancer researchers in Cork and Dublin analyzed the 337 malignant pleural mesothelioma cases recorded by the National Cancer Registry during 1994 to 2009. The gender, age, region of residence, histological subtype and tumor stage were recorded for each case. The results paint a grim picture of mesothelioma rates in the country.

“Over the study period the age-standardized malignant pleural mesothelioma incidence in the Republic of Ireland rose from 4.98 cases per million to 7.24 cases per million,” they report. The one-year survival rate for all pleural mesothelioma cases was 29.6%. As with previous studies, the researchers found that patients over age 75 had a lower mesothelioma survival rate than younger patients. They also found that mesothelioma survival in Ireland may depend in part on where a person lives. Patients in some parts of the country had a significant survival advantage over others.

The fact that mortality from mesothelioma continued to rise in Ireland even after asbestos restrictions were put in place is largely due to the cancer’s long latency period. It can take decades after exposure to asbestos for the symptoms of mesothelioma to develop.