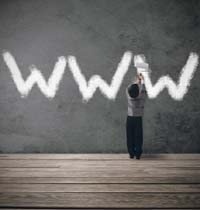 Australia’s Cancer Council is trying to educate home renovators about their risk for mesothelioma with a new e-learning course.

Australia has one of the highest per capita rates of mesothelioma in the world, largely because of several asbestos mining operations that were once located there. Although asbestos has been banned from building products in Australia since 1989, asbestos-linked diseases like mesothelioma, lung cancer, and asbestosis continue to pose a serious health concern.

While mesothelioma has traditionally occurred among people exposed to asbestos on the job, Australia is now bracing for another “wave” of mesothelioma victims among homeowners who encounter asbestos while doing their own renovation projects. Cancer Council Australia has launched “kNOw asbestos in your home” in an effort to protect homeowners against mesothelioma by teaching them to identify and avoid asbestos.

Between 1945 and 1980, asbestos was both mined and used extensively in construction and industry in Australia. According to the Australian government, most public buildings and about a third of private homes built during this era contain asbestos in the form of concrete, asbestos cement sheeting, floor coverings and insulation.

Katie Clift, a spokesperson for the Cancer Council in Queensland told the News & Mail newspaper, “It is vitally important that Queenslanders educate themselves about the risks of asbestos exposure and participate in this course if they are planning home renovations.” Clift says the online e-learning course will help DIY renovators about what jobs they can safely handle on their own, and which jobs require the support of an asbestos abatement professional.

“Asbestos is a hazardous substance,” said Clift. “It is essential to seek professional advice before starting home renovations in order to protect against asbestos-related illness and disease.” The new educational website, which contains relevant advice for home renovators both in and outside of Australia, can be accessed at eLearning.cancer.org.au.

Up to 18,000 Australians are projected to contract mesothelioma before 2020, when incidence of the disease is expected to start declining.  Currently, no system like this is in place in the U.S.  With approximately 2,000 mesothelioma deaths per year and many more from other asbestos related diseases, such an educational effort would be of value also in the United States.

A Canadian study found that tracking trends in mesothelioma at the local level can help officials predict future mesothelioma cases. Most mesothelioma tracking efforts focus on the national scale and monitor cases across a country or region. This study, published in Cancer Causes and Control, looked at mesothelioma cases based on industrial sources of asbestos in Ontario and British Columbia. Growing Number of Cases Asbestos is a toxic material that is used in many commercial and industrial products. It’s durability and heat resistance made it very popular in products like construction materials, textiles, and vehicles. Mesothelioma is a deadly cancer caused by exposure to asbestos. It was first identified as a cancer-causing material in 1977 by the International Agency for … END_OF_DOCUMENT_TOKEN_TO_BE_REPLACED