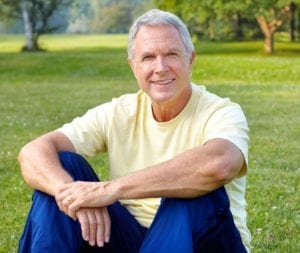 A protein involved in the inflammatory process could impact how patients respond to drug therapies for mesothelioma. The news comes from researchers at Fox Chase Cancer Center in Philadelphia.

The team led by Joseph Testa, PhD, recently released a study of a protein called RIPK3 and its role in malignant mesothelioma.

Their research showed that people with little or no expression of RIPK3 were less sensitive to drug therapies for mesothelioma. Turning that gene back on might make tumor cells more responsive. The finding could lead to new, more powerful ways to treat this aggressive cancer.

Mesothelioma is a rare but fast-growing form of cancer that comes from asbestos exposure. Tumors grow on the tissue that lines the abdomen or chest cavity. There is no cure for mesothelioma and it is resistant to most standard cancer drug therapies.

Inhaled asbestos fibers stay in the body, causing inflammation and cancerous changes to cells. Receptor-interacting protein kinase 3 (RIPK3) is one of many proteins involved in the inflammatory process in people with mesothelioma.

Fox Chase researchers wanted to know how RIPK3 and its partner protein RIPK1 impact response to drug therapies for mesothelioma. Their study looked for mutations and altered expression of RIPK in mesothelioma tumors and cell lines.

Despite that, about 60 percent of the mesothelioma tumors and cell lines tested had low or missing RIPK3 protein. Dr. Testa says it is because of a non-genetic process called promoter methylation. The missing protein could help explain why many people do not respond to drug therapies for mesothelioma.

“We found that if you don’t have RIPK3 expressed, the mesothelioma cells are not as sensitive to drug therapies,” Dr. Testa said in a news release. He says turning RIPK3 expression back on could have two advantages.

“The fact that these things are happening might make these tumors more responsive to immunotherapies,” he says.

The finding could lead to a situation like this: A mesothelioma patient with low RIPK3 expression might receive a drug to improve their response to chemotherapy. When the chemotherapy triggers an immune reaction, doctors could then treat that patient with immunotherapy.

“It could be very useful for immunotherapies,” says Dr. Testa.